As Sean Bean’s new four-part drama Marriage is set to air, the actor has confessed he doesn’t regret a thing after getting married five times.

The show, which sees the 63-year-old star alongside Nicola Walker, premieres on Sunday (August 14).

But Sean opened up about his private life, saying he wanted each of the marriages to last “forever”. 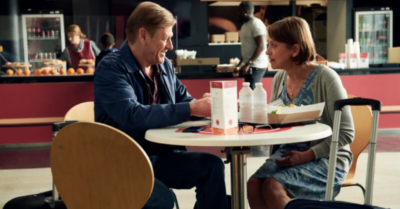 Speaking to The Times, he confessed: “I’ve obviously experienced more marriages than most people. I suppose there is that romantic in me, otherwise I wouldn’t keep doing it, but I don’t regret anything. I’d live it all again.”

The paper added that if he’d have had five relationships over 30 years, nobody would have cared.

However, Sean’s traditional upbringing meant he wanted to marry them all.

I don’t regret anything. I’d live it all again.

He said: “That’s it, yes. It’s not as though I’ve been gallivanting around.”

“I suppose I could have seen how things developed, got to know them better before taking the plunge. But I didn’t because I felt strongly about all these women, otherwise I wouldn’t have married them.”

Who was Sean Bean married to?

Sean has been married five times and divorced four.

His first was to his childhood sweetheart Debra James, who he married in 1981, before divorcing in 1988.

He then married actress Melanie Hill – who plays Cathy Matthews in Coronation Street – in 1990. They have two children together, but divorced in 1997. 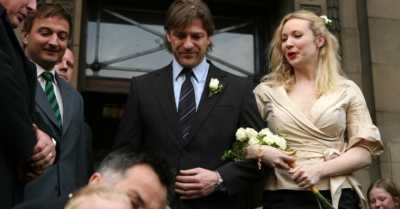 In November of the same year, he married Abigail Cruttenden, who plays Anna in Lee Mack‘s sitcom Not Going Out. They had a daughter together in 1998, but divorced in 2000.

When Sean was playing Macbeth in a West End theatre, he took a shine to the bar manager, actress Georgina Sutcliffe. The pair married in 2008 but she left him that year.

They got back together but when claims of physical abuse emerged, they separated in 2010.

Bean was questioned after being accused of harassing his ex-wife with allegedly abusive calls and texts.

He is now married to Ashley Moore. They have been together since June 2017.

Marriage starts on BBC One on Sunday, August 14 at 9pm. Episode two will be shown on Monday, 15 August at 9pm.