They announced they were expecting a baby back in February, and now Chloe has given birth to a baby girl.

The couple told OK! “We are delighted to welcome to the world our daughter. We are utterly besotted and beaming with pride.”

Chloe’s dad, Good Morning Britain host Richard Madeley had previously revealed that his daughter was due on August 7.

However she went into labour after her due date.

Chloe previously opened up about how she found out she was pregnant with a girl.

During a meal with her dad Richard and mum Judy Finnigan at the family home, Chloe received an email confirming the news.

Calling it a “movie moment”, Chloe told the magazine: “I got the email through. I scrolled down and it said ‘Female’. I jumped up and my mum dropped her fork on the plate.

“I said: ‘I’m having a girl!’ It was very emotional and I know my parents secretly wanted me to have a girl, and they’re seeing it as their second experience of raising me.”

Husband James gushed about being a first time dad to his new baby daughter. 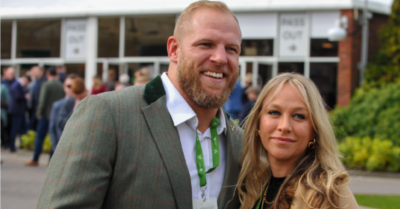 Chloe surprised him with a delivery of a pink baby bear outfit to share the news.

“That’s when I welled up and nearly cried,” said James.

“It was pretty exciting. I actually wanted a little girl – I’ve been around enough men my entire life.”

The couple also revealed they have not yet decided on a name.

However they admitted that her mum Judy also has her own favourite name.