Emmerdale 50th: Key character to be jailed for life after shock crime

Emmerdale 50th: Key character to be jailed for life after shock crime

Emmerdale bosses have revealed a major spoiler for the 50th anniversary.

The ITV soap will celebrate its half century this October with a full month of celebrations. 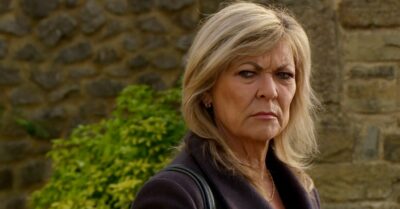 The soap is lining up a shock plot for one villager (Credit: ITV)

Part of the big event will see a huge month of drama and at the centre will be a shocking event.

The life-changing event will see one villager facing life in prison.

Executive producer Jane Hudson revealed: “When we get to the end of October, it might be the end of our celebrations, but we will be ending that month with a storyline which kicks off another big story, which potentially sees one of our characters spending the rest of their life in jail.

“I am not going to tell you anything else.

“We are making sure that when our celebration month ends, it’s really just the beginning of a whole new chapter, particularly for one of our families.”

Jane would not be drawn on details but she did tease that a murder could happen during the big month.

“There is always potential for a murder in Emmerdale,” she told Entertainment Daily and other press.

“This is Emmerdale and it’s famous for its murders. 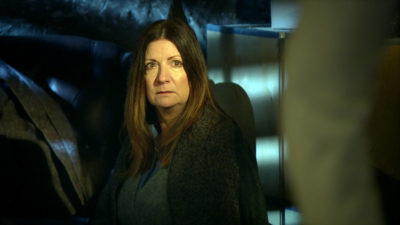 Will Harriet end up becoming one of Kim Tate’s victims in Emmerdale? (Credit: ITV)

“You know I’m not going to answer these questions and I’ll be vague. But it’s Emmerdale and there’s normally a murderer lurking around a corner somewhere…”

Meanwhile she did tease an explosive war between Harriet Finch and Kim Tate after Harriet tries to win Will back.

With Kim having disposed of DI Malone’s body for Will – will she discover the truth about just who killed him?

And will she expose Will, Harriet and Dawn?

Or will police officer Harriet take drastic action and frame Kim for Malone’s murder? Or to keep her quiet?

The soap will celebrate its 50th anniversary on October 16.