As Judi Love takes over her On The Bed spot on The Big Breakfast, what happened to Paula Yates?

As Judi Love takes over her On The Bed spot on The Big Breakfast, what happened to Paula Yates?

Paula Yates was much loved for her On The Bed interviews on The Big Breakfast. But, as Judi Love takes over, what happened to the 1990s icon?

The one-off reboot of the Channel 4 show that aired last year was a huge success with fans and critics alike.

Now it’s set to return on Saturday (August 13) for four weeks, with Mo Gilligan and Aj Odudu at the helm.

But as Judi Love prepares to fill the On The Bed slot, who was Paula Yates? 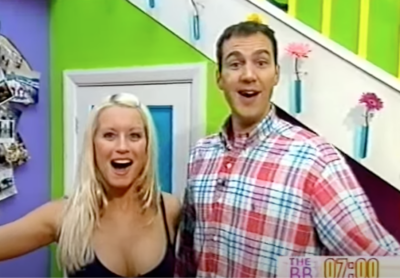 The Big Breakfast makes a comeback

Its colourful format and crazy antics of the hosts gripped the nation for a decade.

The Channel 4 show was originally presented by Chris Evans and Gaby Roslin.

Former The Tube host Paula Yates interviewed stars as they lay next to her on a giant pink, fluffy bed adorned with animal print.

Her interviews became infamous thanks to her flirty, fun and cheeky nature – and she became one of the biggest stars of the 1990s as a result.

Loose Women’s Judi Love will front the On The Bed interviews in the reboot.

What happened to Paula Yates?

Paula dated Bob Geldof from 1976 and married him 10 years later.

They had three children together, Pixie, Fifi Trixabelle and Peaches.

But in 1994 Paula’s interview with INXS singer Michael Hutchence aired.

The chemistry between them became apparent during an On The Bed interview, and she left Geldof four months later.

Paula went on to have a daughter with Hutchence, named Tiger Lily.

But their happinesss was short lived. 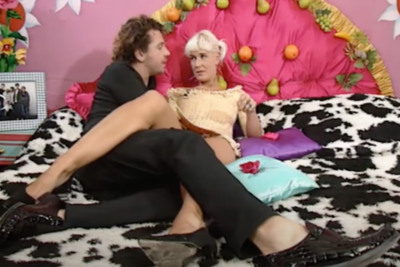 Michael Hutchence was found dead in his hotel room two years later in 1997.

His daughter was just 16 months old at the time.

I’ll have to wait to be with him again.

The Australian heart-throb, who had previously dated Kylie Minogue, was just 37.

Two years later she gave an interview saying: “I was clearly devastated. It’s a terrible thing… I’ll have to wait to be with him again.”

The coroner ruled she had died of a heroin overdose. 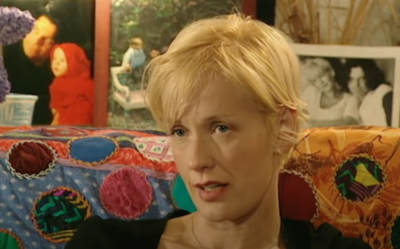 Tragically, her daughter Peaches also took her own life in 2014.

Paula had left the original Big Breakfast in 2000.

Original host Denise Van Outen will appear on the reboot to ‘hand over the reins’.

Strictly star AJ Odudu and comedian Mo Gilligan are hosting four episodes of the Channel 4 show, which kicks off this weekend.

Read more: Why did Denise Van Outen fall out with Johnny Vaughan?

They say they want to recreate the ‘chaotic anarchy’ of the 1990s hit.