Louise Redknapp has revealed her son moving away is a huge challenge, admitting she will ‘cry ten times a day’.

Her 18-year-old son Charley is preparing to move out – but he’s not just going down the road.

The teenager will be making a massive change and is heading all the way to Arizona to pursue his sporting career.

But while Louise, 47, is going to be proud of her son, it’s been a real challenge for her and she’s found it hard to accept thanks to her close bond with him.

“I’m sure many women reading this have been there. We are really close me and Chaz, he’s been a huge strength for me, having him here, he’s like one of my best little mates. 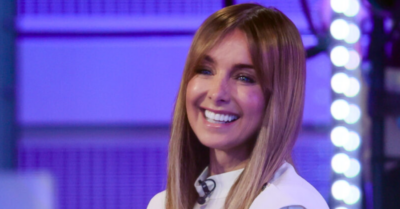 Louise is excited for her son, Charley (Credit: SplashNews.com)

She told the magazine that although she is excited for him, she feels “really, really scared” that he is so far away.

How often will she see him?

Until he has settled in, she won’t know his schedule, so can’t plan to see him. But when she does, she said she won’t go for “more than four or five weeks without seeing him”.

And his younger brother Beau is taking his brother’s big move as an opportunity to change up his living arrangements, already having his eye on his bedroom!

Louise is close to both her sons, who she shares with her ex-husband, footballer Jamie Redknapp.

Last month she posted a photo of her and Charley ahead of his school leavers’ dinner.

The Instagram post was captioned: “So proud of my boy and my best friend. School leavers dinner tonight. Next stop Uni.”

Read more: Louise Redknapp wows in bikini in Instagram video as she gushes over Greek holiday with sons