Kaye Adams was filled with encouragement on today’s episode of Loose Women after she revealed her fears about Strictly.

The presenter, 59, was recently announced as a celebrity contestant on this year’s series of Strictly Come Dancing.

Speaking on Loose Women on Friday (August 12), Kaye revealed that she’s worried about letting people down.

Responding to panellist Katie Piper saying that Kaye will be “brilliant”, Kaye said: “It’s really sweet of you to say that obviously. But when people say that, which is a nice thing to say, it just makes my heart run cold.

“Because I think, ‘I’m going to let all these people down.’” 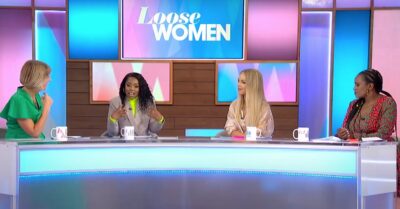 Kelle Bryan then replied: “There’s no way you’re going to let anyone down.  I think what’s going to be lovely is that the public will get to see the Kaye that we get to see.

“That Kaye is really lovely. Your humour is razor sharp.”

Kaye expressed that she was going on a dance show, not a standup show, to which guest host Lady Leshurr added: “Honestly Kaye, I think you’re going to be absolutely banging on the show.

“Your personality and your banter alone is going to carry the show.”

Kaye then joked: “Well it will have to, I tell you!”

“We’re all going to vote for you. You’ve got us behind you,” Katie chimed in.

She added: “I did Strictly I think it was 2018 or 17 and it was like nothing I’ve ever experienced before. I love the fake tan, love the costumes. I hope you’re ready to have a good wax because those leotards aren’t forgiving.

“It is true that when you take part, it’s like a family. You’re all coming together, it’s intense. But you’ll never do anything like it ever again. I couldn’t dance but I still learnt stuff and had a laugh.” 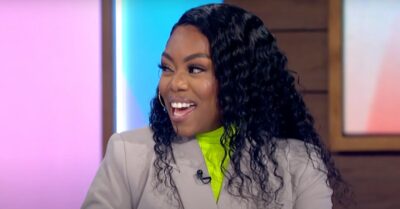 Kaye then revealed that she’s had some kind words from Ruth Langsford.

The journalist recapped: “She told me warts and all, but in a really supportive way, which was nice.”