Emmerdale spoilers: Charity devastated as she loses her baby

Emmerdale spoilers: Charity devastated as she loses her baby

Emmerdale spoilers for next week reveal that Charity loses her baby. The tragedy comes as Charity is rushed into hospital.

Soap couple Charity Dingle and Mackenzie Boyd have been looking forward to their future together after learning that Charity is pregnant with their child.

However, their dreams will be left shattered as they receive the tragic news. 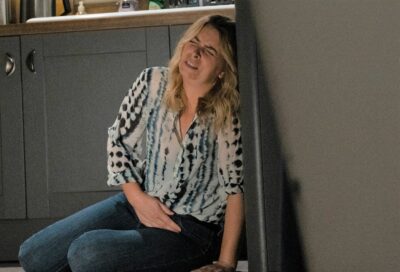 Charity worries that something is wrong with the pregnancy as she is hit with waves of pain (Credit: ITV)

The storyline begins with Mackenzie settling into his new role as a father-to-be. He is touched by Moira‘s kind words when she says that he’ll be a great dad.

At Jacob’s Fold, waves of pain hit Charity. In agony, she worries that there might be something wrong with the baby.

Not long after, Mackenzie enters to find her struggling on the floor. Mackenzie scoops her up into his arms, but Charity worries that it might be too late.

Later at the hospital, she is heartbroken to see his optimism.

After a painfully long wait, the doctor confirms the worst – that Charity’s pregnancy is ectopic, and not viable. 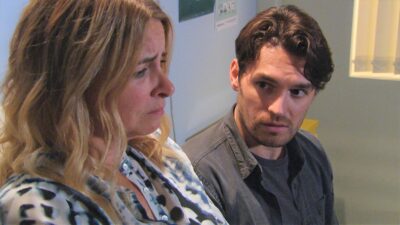 A worried Charity and Mackenzie wait in the hospital for results (Credit: ITV)

Mackenzie is further heartbroken as he hears the heartbeat of the baby that they are going to lose.

A drained Charity gets on with what she knows she must do. Afterwards, Charity makes clear that she is coping with the loss of her pregnancy by getting on with normal life.

Can Mackenzie manage his devastation to be there for Charity?

Can the couple recover from their loss?

Will the pain be too much for their relationship to bear?