Coronation Street spoilers for next week have confirmed that Aaron’s secret will be revealed.

The cobbles mechanic has been acting suspiciously recently, making secret phone calls and sneaking away to meet a mystery figure.

He recently claimed to have been attacked and beaten up by a gang of thugs.

However, his behaviour afterwards suggested that there was more to his injuries than met the eye.

Aaron will finally spill his secret this week to girlfriend Summer Spellman, who catches him nursing yet another injury. 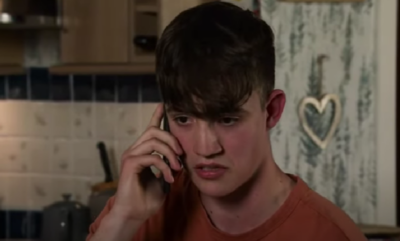 Aaron has been acting suspiciously recently. But what is his secret? (Credit: ITV)

The storyline begins as Summer pops into the garage, where she finds Aaron nursing a fat lip. Aaron tries to cover up his injury by hurrying away, but Summer follows.

When she catches up with him, she questions Aaron about his injury.

Aaron grows angry and snaps at her.

Immediately feeling bad, he apologies and tells her the truth behind his injuries. 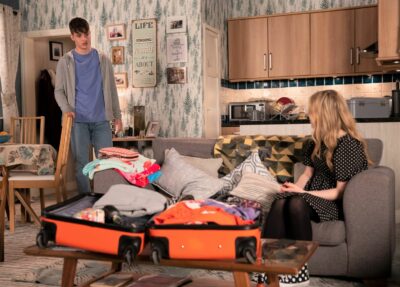 As the pair prepare for their summer holiday, Aaron makes a confession (Credit: ITV)

He reveals who has caused his injuries – his father.

Aaron explains that his dad is an alcoholic who occasionally lashes out.

How will Summer react to the news?

This comes as Summer struggles with her own eating disorder, collapsing just as they are due to leave for their holidays. 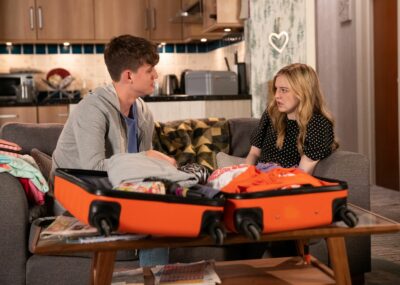 Summer collapses before her holiday

Summer finds out she got A*s in French and Maths but an X in English after being disqualified.

Soon Aaron comes over to pick Summer up so they can set off on their holiday, but she collapses.

Aaron panics but Summer regains consciousness and explains she forgot to take her insulin.

When Summer and Aaron come back from the tram station they tell Todd they missed their flight.

In the flower shop flat, Aaron goes through Summer’s bag and is shocked at what he finds.