Archie Battersbee’s provisional cause of death revealed by coroner

Archie Battersbee’s provisional cause of death revealed by coroner

A coroner has revealed what happened to Archie Battersbee following his death last week (August 6).

Archie’s heartbroken mum Hollie Dance – who previously appeared on This Morning – revealed that her 12-year-old son had died after his life support was switched off.

Now a coroner has revealed his provisional cause of death. 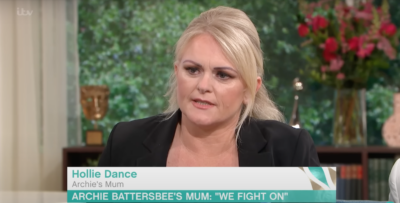 Archie Battersbee’s mum appeared on This Morning ahead of her son’s death (Credit: YouTube)

What happened to Archie Battersbee?

He was found unconscious by his mother back in April amid claims he was taking part in a social media challenge that went wrong.

His family fought for months to prevent Archie’s life support from being withdrawn.

However, after Archie was declared brain stem dead, their legals efforts were finally exhausted last week.

As a result, Archie’s heartbroken family revealed he had died two hours after the support was withdrawn.

His aunt claimed that the way Archie Battersbee died was “barbaric”.

And now a coroner has revealed his cause of death. 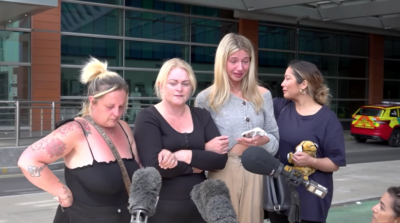 Archie’s cause of death confirmed

Speaking at the inquest earlier today (August 12), Paul Donaghy said Archie was found unresponsive in his home on April 7.

He said: “Paramedics attended and they reported a Glasgow Coma Scale of only 3 and confirmed a cardiac arrest. CPR continued and Archie was transported to Southend Hospital.

In a side room on the intensive care unit and Archie died surrounded by his family and friends.

“Archie was thereafter transferred to the Royal London Hospital and Great Ormand Street Hospital who were both in agreement that surgical intervention would not help Archie.

“He was reviewed by the Paediatric Neurology team during his admission.

“The High Court, Court of Appeal and Supreme Court were involved in applications to determine the direction of care and the best interests of Archie.”

They added: “With the authority of final court order, life-sustaining treatment was withdrawn on August 6, 2022, in a side room on the intensive care unit and Archie died surrounded by his family and friends.

“Death confirmed by a hospital consultant.”

Donaghy said a provisional cause of death was identified as catastrophic hypoxic-ischemic brain injury secondary to strangulation.

A full inquest will take place early next year.