However, despite it being an “amazing” episode, fans of the show all had the same complaint to make on Twitter. 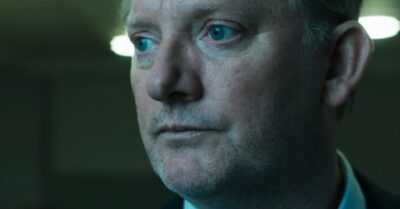 Last night saw Shetland return to our screens for its seventh season.

Season seven, of course, is set to be Douglas Henshall’s last in the titular role of DI Jimmy Perez.

It also saw DI Jimmy Perez investigating the disappearance of a young man, a member of the new family.

Has whatever the family running from come back to haunt them at their new home? 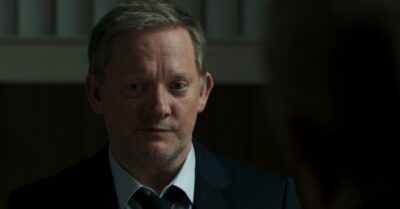 Despite many viewers praising episode one of the new season, they all had the same complaint to make.

Plenty of viewers took to Twitter to complain about the fact that series 7 isn’t dropping on BBC iPlayer all in one go!

“Seriously we have to wait a week for the next episode and we can’t get on iPlayer? I’m not sure I want to wait – How frustrating!” one viewer said.

“Great 1st episode but please can we have it on iPlayer so I can binge watch it,” another tweeted Douglas.

“Checked iPlayer. Just ep1 for now [crying emoji]. I love all the characters, and the writing is exceptional. Wonderful acting, too,” a third wrote.

“Will we get the whole lot on iPlayer?” another asked.

However, viewers loved the first episode as one said: “That episode was amazing! So good to have #Shetland back!”

Another wrote: “Loved the start of the new series of #Shetland. Awesome first episode.” 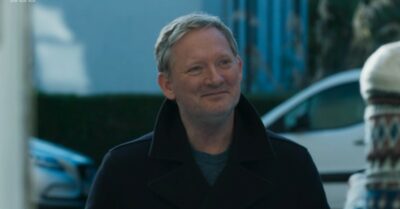 Series 7 will be his last (Credit: BBC)

Last month it was announced that series 7 of Shetland would be Douglas’ last in the role of Jimmy Perez.

However, just because it’s Douglas’ final season, doesn’t mean it’s the final season of the show.

Shetland will return in 2023 for its eighth season with a new lead in place.

“It’s been one of the privileges of my career to play Jimmy Perez for almost 10 years and to work with so many wonderful people both in front of and behind the camera and also to spend so much time in Shetland,” Douglas said.

“The Isles were so much a part of our show and of Perez himself. I’ll miss him and the place. I wish everyone involved much luck with whatever happens next.”

Read more: What is Douglas Henshall doing next after leaving Shetland?

Shetland continues on Wednesday (August 17) at 9pm on BBC One and BBC iPlayer.