Coronation Street: How many bedrooms are in Eileen’s house? Fans are baffled!

Coronation Street: How many bedrooms are in Eileen’s house? Fans are baffled!

Coronation Street character Eileen Grimshaw has lived No.11 since 2001 and bought the property in 2010.

Ever since, many people have moved in and out of No.11, but just how big is the property?

How many Corrie residents live there and how many bedrooms are there? 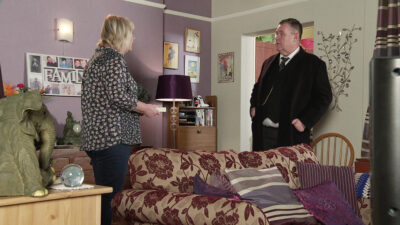 Who lives at No.11 Coronation Street?

Eileen owns the property but doesn’t live there alone.

Currently there are four people who technically live in the property: Eileen, her son Todd Grimshaw, and her two lodgers Mary Taylor and Sean Tully.

At the moment, Sean’s son Dylan, who lives in London with his mother Violet, is staying with Sean at No.11.

Eileen’s boyfriend George also stays over, however he does not live there. 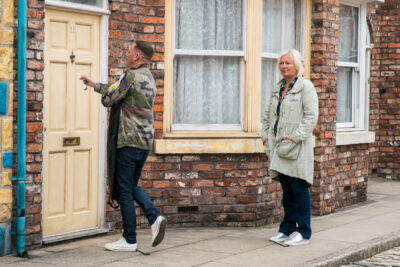 How big is No.11 Coronation Street?

With four people living in the house (six if you count Dylan and George), fans have been left wondering just how big the house is and have jokingly compared it to Doctor Who’s Tardis.

Just how many bedrooms has Eileen’s gaff got 😂#Corrie

Eileen must own the Tardis with all her lodgers #Corrie

How many bedrooms has Eileen got in her house 😕 #corrie

So just how big is Eileen’s house?

In No.11 there’s the kitchen and living room which we regularly see on-screen.

There is also another downstairs room which is believed to be used as a bedroom.

According to Coronation Street wiki it was originally built with three upstairs bedrooms, however in 1960s Elsie Tanner had Len Fairclough turn one bedroom into a bathroom, as the toilet would’ve been outside.

However Antony Cotton, who plays Sean, has described the layout of the house before and mentions that the house was built as a two up two down, but now has three upstairs rooms. 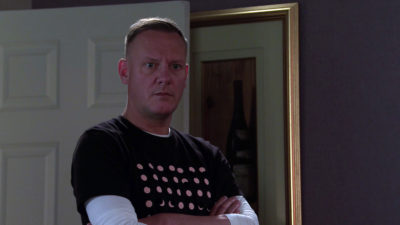 Back in 2020, Sean worried about when his son Dylan would stay and wanted him to have his own bedroom.

When asked how Sean felt about bringing Dylan to stay at Eileen’s, the actor told Entertainment Daily and other media at the time: “Well he’s worried about the sleeping arrangements as in who’s going to fit where.

“And Eileen’s house is a Tardis so I’m just going to explain how the house works. 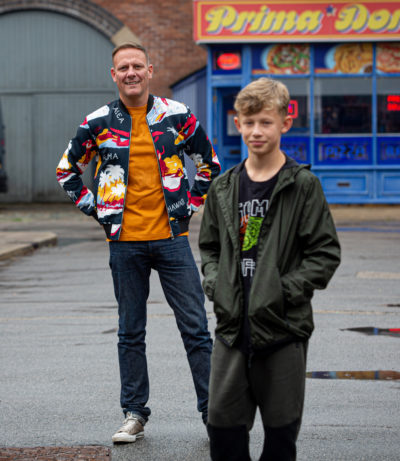 “So Sean has always been in the front parlour and we’re saying that upstairs there is three bedrooms. So there is room. Although it does appear like a madhouse when you’ve each room sleeping with two people in.

“But as the old Northern saying goes, ‘the best house is a full house.’”

He continued: “Initially because there’s Mary, Todd’s come back, Eileen’s there, potentially somebody else maybe upstairs and Sean’s down at the front, so it is a bit of a case of ‘well we’re just kind of making do for the moment.’”