Celebrity Masterchef 2022 viewers all had the same thing to say about McFly’s Danny Jones during last night’s show (Wednesday, August 10).

Fans of the show have predicted that the 36-year-old is going to win the show – after watching just one episode! 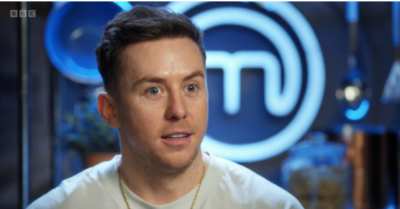 Danny was on the show last night (Credit: BBC)

Last night saw the first episode of Celebrity MasterChef 2022 air on BBC One.

Five new stars headed to the kitchen in the hope of suriving to see another day in the competition.

The first challenge undertaken by the celebrities was called Under the Cloche. In front of each celebrity was a cloche, and under that was an ingredient.

The celebrities had to create a dish showcasing that ingredient. Danny got sea bass, and pan fried it in lemon and garlic, served with coriander rice and veg. 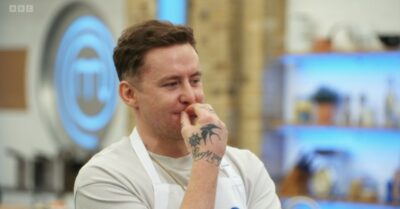 The next challenge was the Street Food Challenge.

For this challenge, the celebrities made a dish that is popular in Korea.

“I’m surprising myself with how well that went,” Danny said.

For his final dish, Danny made pan-fried wagyu beef, topped with a chimichurri sauce.

“That is a delicious bit of work there, Chef,” Gregg Wallace told him.

The high praise for Danny’s dishes went a long way, as the McFly star went through the next round of the competition. Nancy, on the other hand, did not. 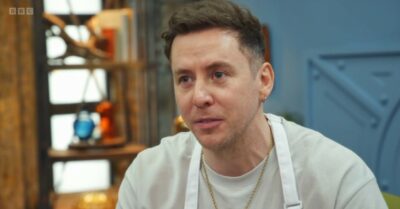 Like John and Gregg, viewers seemed to be impressed with Danny too. Many took to Twitter to praise the star – with some even predicting that he’ll win the show!

“Brilliant to have #CelebrityMasterChef, John and Gregg back. Danny looking like an early prospect, but what a lovely bunch of people!” one viewer tweeted.

“Just caught up with #CelebrityMasterChef My first prediction is Danny will win,” another said.

“Absolutely invested in @MasterChefUK already. Danny FTW [for the win],” a third wrote.

However, some viewers weren’t as impressed with the star.

“Danny’s getting on my [bleeps],” one viewer tweeted.

“I really like Danny from McFly but he’s doing my head in on #CelebrityMasterChef,” another said.

Celebrity MasterChef 2022 continues tonight (August 11) at 8pm on BBC One and BBC iPlayer.