The Chase viewers mocked a contestant on Twitter during the show last night after he made an absolutely shocking spelling mistake.

To make matters worse for the contestant, his appalling blunder came during the Final Chase, which really didn’t go well for him. 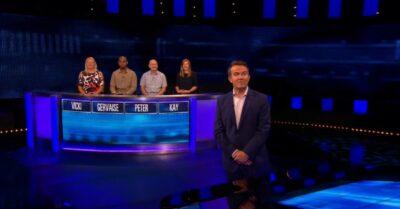 Last night saw four new contestants take on the Chaser in the hope of winning a big jackpot prize.

However, things really didn’t go well for them during yesterday’s programme.

First up was Kay, who despite picking up £6,000 in the cash builder, failed to outrun the Sinnerman, aka Paul Sinha.

Third up to the plate was Gervaise, who managed to walk away with £1,000.

However, he was to be alone in the Final Chase, as Vicki, who was last up, was caught by Paul, despite winning £5,000 in the cash builder. 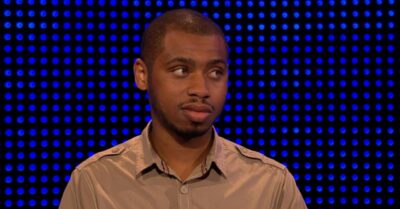 Gervaise was a contestant on yesterday’s show (Credit: ITV)

Due to his team’s poor performances, Gervaise went into the Final Chase alone, in the hope of winning £1,000.

It didn’t go well for him.

Gervaise only managed to answer five questions correctly in the Final Chase – and managed to make one huge blunder which had viewers in stitches.

“What is the first letter of the word psychotherapy?” host Bradley Walsh asked.

Unfortunately for Gervaise, that answer was a sign of things to come. With just five correct answers, there were only six steps between himself and the Sinnerman.

Paul managed to catch him with 1:15 remaining. 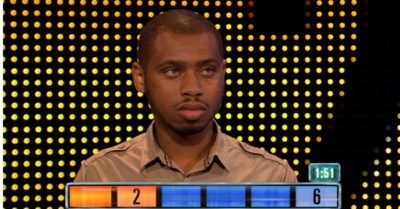 It was a bad day at the office for Gervaise (Credit: ITV)

Upon hearing Gervaise’s shocking blunder during the Final Chase, plenty of viewers took to Twitter to mock him.

“I mean a question was ‘What letter does Psychotherapy begin with?’ This buffoon said C…. C!?!?! LMAOOOO,” a third said.

Others were kinder to poor Gervaise. “Ohhhhhhh! Poor Gervaise. What a nightmare, [bleepy] questions all way through for him. But got to ask who spells [psychotherapy] with a C?” one viewer wrote.