Rylan Clark left Instagram fans stunned as he showed off his bare face in a “no filter” snap yesterday (Tuesday, August 9).

The snaps went down a treat with his followers, who took to the comments to gush over the 33-year-old’s natural look.

In the snap, which has no filter over it, Rylan shows off his freckles.

“Freckles courtesy of Barcelona,” a caption next to his face reads.

“Eyes, real,” another says next to his eyes.

“Bite. Spider or shark, not sure,” another says, with an arrow pointing to a red spot on his cheek.

“Happy No Filter Day,” he captioned the post, which has picked up over 37k likes since being uploaded. 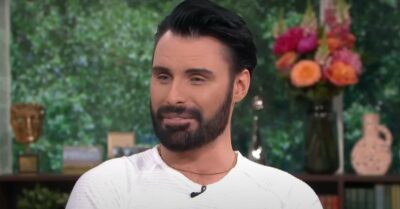 Plenty of Rylan’s 1.6 million followers took to the comment section to gush over his fresh-faced picture.

“Love this you look so handsome,” Zoe Ball wrote.

Meanwhile, a fan wrote: “You don’t need it honestly you look lovely natural.”

Another gushed: “How gorgeous are you without a filter and make up!!!!!!!”

“So handsome and such beautiful eyes,” a third said. 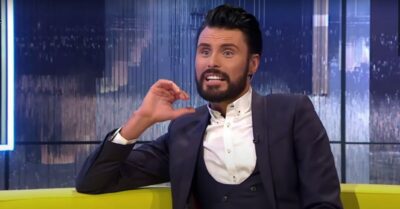 Big Brother is coming back, but is Rylan? (Credit: Channel 5 / YouTube)

Last week it was announced that after five years away, Big Brother will be returning to screens.

ITV will be broadcasting the new series of the iconic reality show in 2023.

The news will have delighted many, however, some fans of the show are set to be disappointed.

If reports are to be believed, Rylan and Emma Willis won’t be returning to host the show when it comes back.

“This needs to be totally new and fresh. It’s all about drawing in a young audience,” a source said.

“The aim is to get back to basics and interfere less, with fewer challenges.”

More news about the series will reportedly be revealed in the coming weeks.