Marriage on BBC review: What the critics are saying about the Sean Bean and Nicola Walker drama

Marriage on BBC review: What the critics are saying about the Sean Bean and Nicola Walker drama

Marriage begins on BBC One on Sunday and the critics have already weighed in on the new Sean Bean and Nicola Walker drama.

Marriage follows married couple Ian and Emma as they experience the ups and downs of a 30-year marriage.

So, what are the critics saying? Is the new BBC drama worth watching? You’d better got your spot on the sofa booked now… 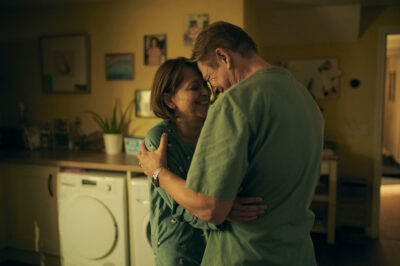 What are the critics saying about Marriage on BBC?

So far, Marriage has been getting great reviews, with Sean Bean and Nicola Walker‘s performances getting a lot of praise!

James Hibbs of the RadioTimes praises the show, giving it five stars: “At no point do you question their relationship or the love they have for one another, despite the little things that get in the way – their frustrations feel real, as do their losses and their hopes.”

And adds “The biggest testament to the series is that across its entire four hour runtime, it’s never, ever boring.

“There’s no grand declarations of love and the series is all the better for it.”

All good things so far then!

What else have critics said about Marriage?

The Evening Standard also has a lot of praise for the performances by Sean Bean and Nicola Walker, giving the show an overall four stars out of five.

Critic Nick Curtis writes: “One of the most pleasing aspects of Marriage is its depiction of the affection that survives years of threadbare underwear, conversations shouted from separate rooms, and arguments over the relative cost of cashews and peanuts.”

He adds “It’s a pleasure to see two such unflashy actors paired up on a minimalist narrative.” 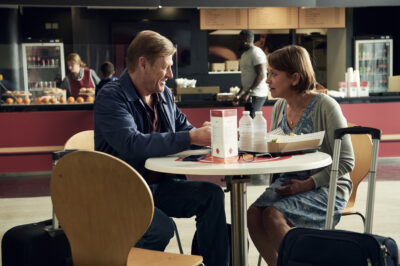 Critics have been giving Sean Bean and Nicola Walker’s performances in BBC Marriage a lot of praise (Credit: BBC)

Critics are full of praise for Sean Bean and Nicola Walker

All the reviews for Marriage agree on one thing: Sean Bean and Nicola Walker give great performances as married couple Ian and Emma.

The Guardian praises Sean Bean’s acting particularly: “That focus on creating TV that’s as human as possible makes for thrilling performances – particularly from Bean. He’s a big, comfy jumper of a man, stretched out of shape over many years.”

“One of the most exciting talents working in TV, Golaszewski’s skill at capturing the humour and joy of everyday life is unrivalled.”

Between the great script and some incredible performances from the cast, we’ll agree that Marriage is the show to watch this August!

Marriage begins on BBC One this Sunday August 14 at 9pm. The show will also be available to watch on iPlayer.

Will you be watching Marriage? Head to our Facebook page @EntertainmentDailyFix and tell us.