His best-known book, The Snowman, helped launch Aled Jones’ career when it was adapted for television – so it was only fitting that the singer paid tribute to him upon hearing the sad news. 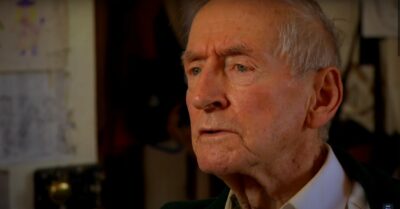 This morning it was announced that Raymond Briggs, author of The Snowman, has died, aged 88.

Raymond was an author and illustrator best known for creating The Snowman, Fungus the Bogeyman, and Father Christmas, amongst much, much more.

In 2017, he was awarded a CBE for his services to literature.

A statement from his family read: “We know that Raymond’s books were loved by and touched millions of people around the world, who will be sad to hear this news.”

They then said that Raymond felt lucky to have had his wife Jean, as well as his partner of 40 years, Liz, in his life.

“He played practical jokes and enjoyed them being played on him. All of us close to him knew his irreverent humour – this could be biting in his work when it came to those in power,” they said. 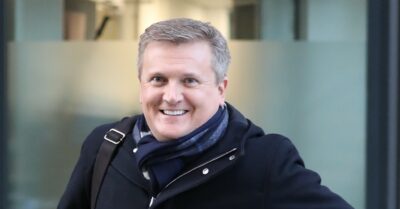 Aled shot to fame as a teenager in 1982 when he covered ‘Walking in the Air’ – a song written for the TV adaptation of Brigg’s The Snowman.

Despite popular belief, however, Aled did not sing the version of the song that’s in the film. However, his version has become the most well-known over the subsequent four decades.

Speaking on his radio show, Aled said: “What a legacy he leaves behind, his books touched millions of people all around the world.

“And what a debt of gratitude I owe to his greatest creation of all.”

“Thank you, Raymond,” he added, before playing the iconic song. 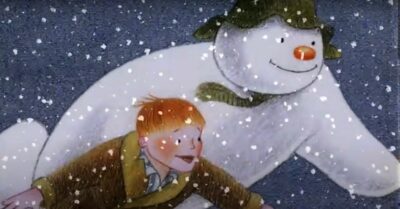 Briggs was most famous for writing The Snowman (Credit: Channel 4 / YouTube)

Upon hearing the news of his death, thousands took to social media to pay tribute to Raymond.

“What a legacy of absolutely superb work he leaves,” one fan tweeted.

“It was nice knowing you, Mr. Briggs. The Snowman, Father Christmas, When the Wind Blows and Ethel and Ernest (the story about your parents) will forever be part of your literature writing and series of classic storytelling. Glad you’re reunited with your mum and dad,” another said.

“Another genius gone. A man who distinctly understood the fragility of the human condition,” a third wrote.

“RIP Raymond Briggs, magical illustrations, special and moving stories, shared in such an inimitable way. A gift to generations, now and always, you’ll be sadly missed,” another said.

Leave your tributes to Raymond Briggs on our Facebook page @EntertainmentDailyFix.