Shetland Season 7 on BBC: When does it start and why is Douglas Henshall leaving?

Shetland Season 7 on BBC: When does it start and why is Douglas Henshall leaving?

Shetland returns August 10 with season 7 of the crime drama.

Here’s everything we know about it, including why Dougie has decided to go.

When does Shetland Season 7 start?

Shetland returns with its seventh season on August 10 on BBC One in its usual slot.

You can watch Shetland on BBC One and on BBC iPlayer.

It is also available on BritBox in the US. 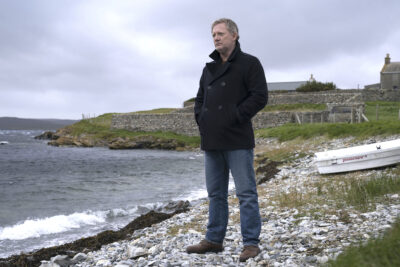 Why is Douglas Henshall leaving?

The actor announced that he is quitting the BBC drama last month.

Dougie will leave Shetland at the end of its 7th series, and will not return for season 8.

The Scottish actor debuted the role of DI Jimmy Perez on BBC One in 2013 in the first TV adaptation of the award-winning novels by crime writer Ann Cleeves.

However, after nine years in the role, he has made the decision to depart Shetland to explore other acting opportunities.

He said in a heartfelt statement: “After series 5 of Shetland, David Kane and I decided we wanted to do two more series to complete the story of Jimmy Perez.

“So series 6 and 7 were commissioned together to give us time to wrap up Perez’s story to a satisfactory end.

“It’s been one of the privileges of my career to play Jimmy Perez for almost 10 years and to work with so many wonderful people both in front of and behind the camera, and also to spend so much time in Shetland.

“The Isles were so much a part of our show and of Perez himself. I’ll miss him and the place.

“I wish everyone involved much luck with whatever happens next.”

Douglas Henshall won the BAFTA Scotland award for best actor for his role as Jimmy Perez back in 2016.

Gaynor Holmes, one of the Executive Producers of the BBC drama added: “It has been an absolute privilege to work on Shetland and watch the show go from strength to strength – in no small part thanks to Douglas’s sensitive, intelligent and memorable portrayal of DI Jimmy Perez.

“We will miss him enormously but he leaves the show in rude health and we’re extremely excited about the plans we have for bringing more of this much-loved drama to audiences far and wide.”

Read More: Shetland on BBC One: Viewers are all saying the same thing after THAT shock finale

What is Shetland Season 7 about?

Douglas Henshall will appear one last time as DI Perez in Season 7 of Shetland.

Season 7 of Shetland has six parts and sees the team investigate the mysterious disappearance of a vulnerable young man.

The investigation draws Perez into the secret past of a family new to Shetland, revealing an unimaginable threat to the community.

Sounds like an exciting concept for the murder mystery show! 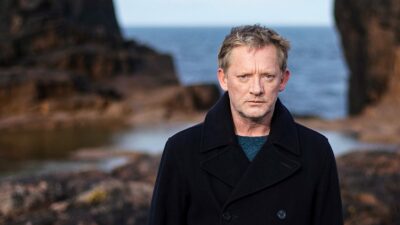 In Season 7 the team investigate the disappearance of a vulnerable young man (Credit: BBC)

Who else from the cast is returning?

Many series regulars are returning to the show for its seventh season!

Anneika Rose, who joined the cast in Season 6, will return as Maggie Kean.

Will there be a season 8?

BBC has confirmed that Shetland will return for season 8.

They have not announced who will be taking the lead from Douglas Henshall but casting will be announced in the coming months.

The BBC confirm that season 8 of Shetland will start filming from Spring 2023 in locations on the Shetland Isles and across Scotland.

The BBC recently released a trailer for Shetland season 7.

Looks like an exciting final series for Douglas Henshall as DI Perez!

Season 7 unfolds around DI Perez’s words in the trailer: “This is a vulnerable young man.

You can watch the trailer below.

Shetland returns with Season 7 on August 10 on BBC and will be available on iPlayer after airing.