Recent EastEnders spoilers have suggested that Honey will be torn between three men, following her spit with Jay Brown.

But who are Honey’s mystery love interests?

Following a challenge set by Sonia, Honey finds herself set up with three dates, in quick succession.

Mr. Lister, Billy Mitchell and Finlay Baker battle it out for Honey’s affections. 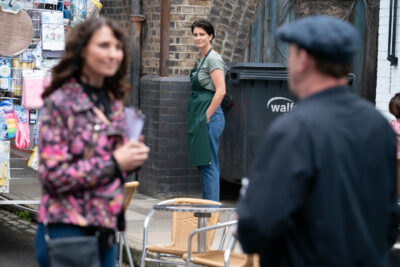 Eve looks on as Billy and Honey have an awkward interaction. Later, she tells Billy to ask Honey out on a date (Credit: BBC)

It all begins while Ash and Honey talk about Honey being newly single. As Mr. Lister inspects the market, he takes a keen interest in the conversation.

Mr. Lister goes to Lola for a makeover.

Meanwhile, Sonia and Honey are getting their hair done. As they talk, Sonia issues Honey with a challenge – she has to say yes to anything she is asked. Honey agrees.

Later, Eve witnesses Honey and Billy in an awkward exchange. Eve tells Billy that he should take Honey out for a drink.

However, before Billy gets the chance, Mr. Lister invites Honey for lunch. 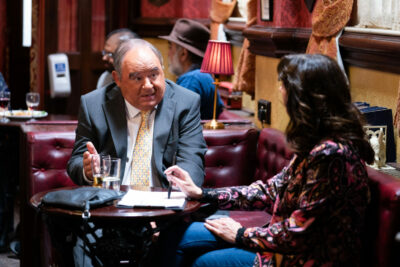 Mr. Lister takes Honey out on a date (Credit: BBC)

After seeing Billy downbeat about Honey’s ‘date’, Eve tells him about the challenge. She tells Billy that he should speak to Honey and ask her to get back together.

Unfortunately, he is beaten to the punch by Finlay, who swoops in to save her from Mr. Lister. 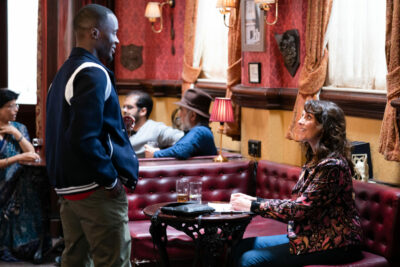 Finlay saves Honey from her date with Mr. Lister, before also asking her out (Credit: BBC)

As a mortified Billy looks on, Finlay asks Honey out on a date too.

Does she feel the same?

Are Billy and Honey headed for a romantic reunion?

Or could Finlay swoop in and steal her heart?