Details of Kate and William’s ‘new home’ with children ‘revealed’

Details of Kate and William’s ‘new home’ with children ‘revealed’

Prince William and Kate Middleton will be moving into their new home sometime this year, it has been reported.

The royal expert stated that the Duke and Duchess of Cambridge’s new property will offer more “privacy away from the cameras” and even has a “much bigger garden”.

Meanwhile, she also added: “This will allow them to be much closer to the Queen as they increase their royal duties.” 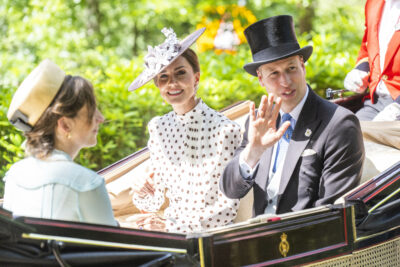 William and Kate are reportedly moving closer to the Queen as they take on more royal duties (Credit: Splashnews.com)

Revealing Kensington Palace is branded a “glorious prison”, the expert also said: “So this is going to be a very big change for the Cambridges.”

Also, their new family home will be only half a mile from the Queen’s Windsor Castle residence, according to reports.

So this is going to be a very big change for the Cambridges.

Natalie emphasised that the couple will move from Kensington Palace.

In addition, the new home, titled Adelaide Cottage, is located in Windsor Great Park which is 4,800 acres. 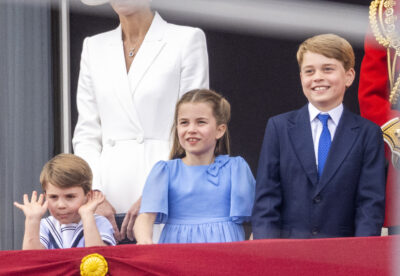 The children will all attend school together come September (Credit: Splashnews.com)

A ‘major change’ for the children

It has already been claimed that the royal children, Prince George, nine, Princess Charlotte, seven, and Prince Louis, four, will all attend Lambrook school.

Their new school is apparently only 15 minutes away and offers overnight boarding for the children.

However, the school also has mandatory classes on Saturdays, something the young royals may not be too happy with.

Meanwhile, with the big move, Kate is said to make the children feel safe and secure.

Correspondent Katie Nicholls told OK! magazine: “It is a big upheaval, but I think they’re very secure children. They feel very safe and very secure with their parents.”

Read more: Prince George and Princess Charlotte have the cutest nickname for Louis

Do you think the move with benefit the Cambridges? What do you think of this story? Head to our Facebook page @EntertainmentDailyFix and share your thoughts.