Reverend Richard Coles sadly lost his partner David in 2019. They were a couple for 12 years and married in a civil partnership in 2011.

This evening (Monday August 8) Channel 4 airs a documentary in which Richard explores grief and bereavement. And he tries out some unconventional activities that have helped others to live with loss.

After David – who was ordained, but no longer serving as a priest – passed away, Richard came to realise he was not as equipped to deal with his grief as he imagined he might be due to his job.

Here’s a little more about the broadcaster, priest and former 1980s synth-pop star who in himself is anything but conventional. 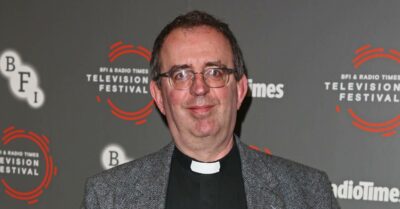 Which band was the Reverend Richard Coles in?

Richard performed in The Communards alongside former Bronski Beat vocalist Jimmy Somerville between 1985 and 1988.

Indeed, former choirboy and multi-instrumentalist Richard contributed by playing clarinet solos on that group’s 1984 hit It Ain’t Necessarily So.

But he also enjoyed success with The Communards, releasing two studio albums and two live albums during the band’s lifetime.

They also had three top ten hits amid their single releases.

Their covers of Don’t Leave Me This Way and Never Can Say Goodbye number one and fourth in the charts respectively.

And So Cold the Night – their 1986 follow up to Don’t Leave Me This Way – also reached number eight.

Richard – who also played saxophone and keyboards – has previously joked how the pop duo “tried to bring down Thatcher with disco and supper-club jazz”. 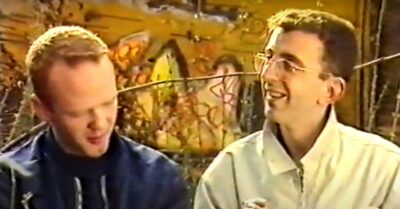 Reverend Richard Coles being interviewed when he was in The Communards (Credit: YouTube)

But earlier this year, he indicated he and Jimmy went their separate ways as the differences between them that made them so effective eventually worked against them.

“I don’t think we understood each other,” Richard told Classic Pop.

“Our lives were so different, we didn’t really have the tools for finding our way through disagreements. It was obvious we had nothing left to give each other.

“We never actually split up, though. We just decided to stop for a while. It’s a pause that’s lasted 33 years.”

However, Richard did not dive into a religious career straight away. During the same interview he shared an anecdote about a wild experience in Ibiza which illustrates the transition from hedonistic pop star was not immediate.

Admitting to ‘staying up all night’ and other activities associated with raving, Richard detailed how he and 20 other shirtless friends attempted to buy an aeroplane during the summer of 1990. Eventually they settled on a speedboat instead. 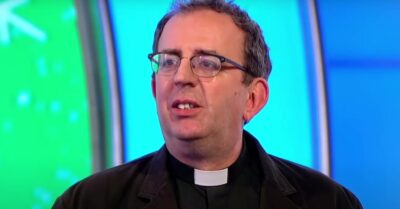 Reverend Richard Coles plays along during an appearance on panel game Would I Lie To You? (Credit: YouTube)

How did Reverend Richard Coles become a vicar?

He went on to complete an MA concerning the New Testament at Leeds University. And during his time as a student he became a Roman Catholic. However, he returned to being an Anglican in 2001.

He was selected for Church of England priesthood training in 2003 and was ordained in 2005.

Following this he was a curate in Lincolnshire and west London before becoming the vicar of Finedon in Northamptonshire from 2011.

He stepped down in 2022. Richard noted during an interview with The Times in April this year about how he balanced his media career with his work as a vicar.

He responded: “The answer is by neglecting important things and disappointing people.

“I was once called in the middle of the night to attend a parishioner’s deathbed and I could not because I was in Glasgow doing Celebrity Antiques Road Trip.

“I found someone to cover, but it should have been me.” 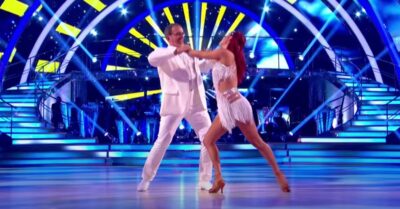 Richard has perhaps enjoyed his greatest visibility on the box as a Strictly Come Dancing contestant in 2017.

He partnered up with dance pro Dianne Buswell – but they were the second pair eliminated from the series.

Richard later reflected how David had warned him he ‘dances like a walrus’.

Richard said: “I must confess I nursed this completely ridiculous belief that I would be good at it – there was a Justin Timberlake or a Fred Astaire or a Gene Kelly waiting to be released.

He added, referring to a fellow celebrity participant: “I think I can safely say I’m the only vicar who’s spray-tanned with Debbie McGee.”

What TV shows has Richard Coles been in?

Strictly aside, Richard has certainly totted a lot of telly credits up on his CV.

He’s even made a cameo as a vicar on Holby City!

TV appearances include multiple showings on Have I Got News for You and QI, presenting Songs of Praise and co-hosting The Big Painting Challenge.

He’s also turned up on Winter Walks, Would I Lie to You?, and Celebrity Masterchef… twice! The first time, in 2016, he cooked up a storm and placed fifth. And then in 2021 he went and won the series!

Richard has also demonstrated his keen intellect by winning Celebrity Mastermind, with the Mapp and Lucia novels of E. F. Benson his specialist subject.

And in 2019 he captained a University of Leeds team for the Christmas University Challenge special who emerged series champions! What a clever chap.

Richard has also been a prolific broadcaster on radio. He also co-presents Saturday Live with Nikki Bedi on Radio 4.

Richard is also very familiar to listeners of Radio 3’s Nightwaves and previously presented four-part series Out in the World: A Global Gay History for the same station. 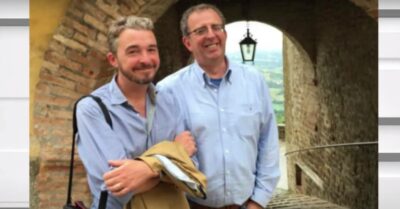 Is Reverend Richard Coles married? Who is his partner?

In 2014 he told the Independent they met after David offered him a cigarette following a sermon.

Lunch followed but Richard only realised David was interested following a text that made his feelings clear.

We just fitted together.

“We just fitted together,” Richard reflected. The couple’s relationship later became a celibate one.

There hasn’t been any reported change in Richard’s relationship status since David’s passing.

But he did sweetly offer support to Phillip Schofield when the This Morning presenter came out as gay. He asked him out on a dinner ‘date’ during an October 2020 radio interview. 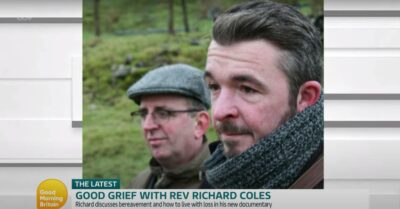 What was Rev David Coles’ illness?

Nearly 18 months after his death, Richard confirmed the heartbreaking details of David’s passing.

In his book The Madness of Grief: A Memoir of Love and Loss, Richard recalled: “It was really, really tough to see somebody you love destroy himself.

“It is like someone is drowning and you throw them a lifebelt but they are just not taking the lifebelt.

“And I did try everything I could think of to help him stop drinking, and in fairness to him he did try too, but it was too much for him.”

However, he also insisted David was “so much more” than how others might perceive such a passing as “a sort of tragic, squalid death”.

And in an interview with BBC Radio Northampton around the same time, Richard explained how David “always had an enthusiastic fondness for alcohol”.

“An enthusiastic fondness for alcohol when you’re 20 or 25 is one thing, when you’re 35 or 40 it’s another thing and his drinking just got out of control,” he said.

I’m very sorry to say that @RevDavidColes has died. He had been ill for a while. Thanks to the brilliant teams who looked after him at @KettGeneral. Funeral details to follow. “The Lord shall be thine everlasting light, and the days of thy mourning shall be ended”. pic.twitter.com/usvLDIBDv7

He also suggested David used alcohol as “an anaesthetic for when life was tough”.

And in the days following David’s death, Richard opened up about the support he received.

He said responses had been “99.99999% loveliness” – but he also received hate mail telling him both he and David ‘would go to hell’. 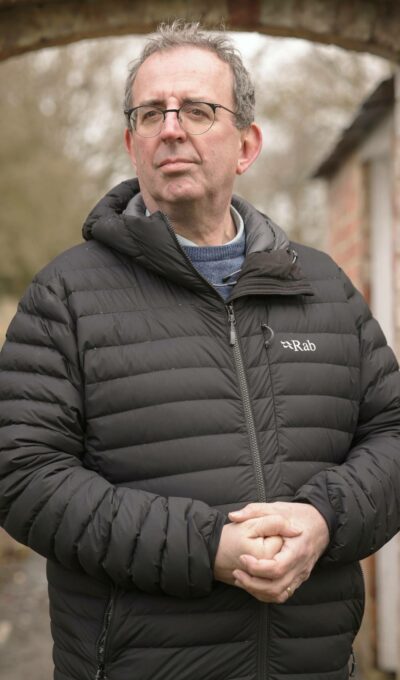 Reverend Richard Coles is believed to be the inspiration for Tom Hollander’s character in BBC comedy Rev (Credit: Channel 4)

Is Rev Richard Coles retiring? Where does he live?

Richard retired earlier this year – and within weeks moved to East Sussex from his native Northamptonshire, also where his parish was located.

According to reports, he chose the village of Friston – in a South Downs National Park valley – to be closer to friend and former manager Lorna Gradden.

He said at the time: “I’ll be living in a charming 18th-century cottage with a bow window that looms over the street affording a privileged view of my neighbours’ comings and goings, as the scent of lavender floats across the village green.”

Richard also noted the change was “not without anxiety”.

He added: “Not so much about where I’m going – there is a bus every ten minutes with free WIFI that stops outside Waitrose – but about what I leave behind.”