Prince George and Princess Charlotte have the cutest nickname for Louis

Prince George and Princess Charlotte have the cutest nickname for Louis

Part of that upbringing of course involves training for their future roles.

But for now the Cambridges seem happy to let kids be kids – and that involves George and Charlotte doting on their little brother. 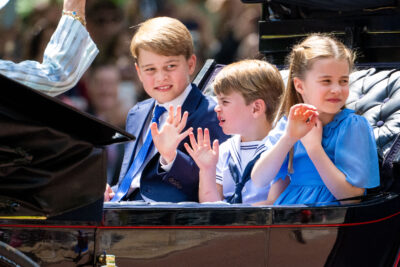 George and Charlotte’s nickname for Louis

Recent reports suggested that, much like the rest of the family, Prince Louis has an adorable nickname.

It was widely reported when he started school that Prince George earned the nickname Tips among his pals.

This comes from the tea bag brand PG Tips, with PG being his initials.

Charlotte’s is perhaps a little less inventive, with the little princess being called Lottie behind closed doors.

Louis, meanwhile, has a pretty cute nickname that’s been given to him by his elder siblings.

It’s been claimed that they call the lively tot Lou Lou. 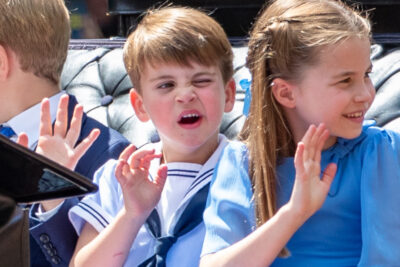 The trio aren’t the first members of the royal family to have nicknames.

Princess Diana affectionally called Prince William Wombat when he was a youngster.

He explained the reasons behind it in an interview in 2007.

“It began when I was two, I’ve been rightfully told, because I can’t remember back that far, but when we went to Australia with our parents, and the wombat, you know, that’s the local animal.

“So, I just basically got called that. Not because I look like a wombat – or maybe I do,” he quipped.

The head of the family, the monarch herself, also has nicknames.

Perhaps the most famous is Lilibet, but she’s also been called Cabbage by her late husband Prince Philip – and Gary by William.

It’s reported that he couldn’t say Grandma when he was younger, so decided to settle on Gary instead!

Tell us what you think on our Facebook page @EntertainmentDailyFix.