Emmerdale stars are fearing the axe ahead of October’s big 50th anniversary stunt, they have told news outlets.

The ITV soap will celebrate its half century with a Golden Month of Celebrations later this year.

And at the centre will be a major stunt – that is set to claim the lives of some of the village’s residents.

Now fan favourites on the soap have told how they are worried about being given the chop. 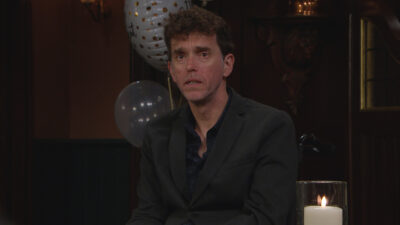 Mark Charnock admitted he is always on his toes about being axed from the soap.

He told ED! and other press: “There’s a real family vibe here and, as I’ve said many times before, never ever, ever think beyond the contract.

“Assume the worst, is really the healthiest, best way of going forward.

“The great offspring of that is it keeps you on your toes all the time. You’ve got to keep trying your best. Never, ever take it for granted.”

He added: “It has been a wonderful job and being part of the history of it feels very special – especially coming up to this anniversary.

“I remember the 40th like it was yesterday. That decade has gone like lightning which, I guess attests to the fact it has never been dull.

You always worry that your days might be numbered.

“I’m very proud to have been a part [for so long].

“I used to watch it with my nanna and grandad in the afternoons in the 1970s. So, to be part of it feels lovely.” 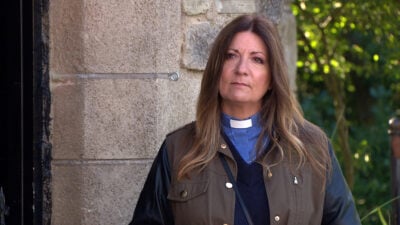 Emmerdale star Katherine has admitted she worries about being axed (Credit: ITV)

Viewers watched Harriet cover up Dawn Taylor’s killing of DI Malone two years ago – with the threat of being exposed hanging over them ever since.

And now the actress has admitted she too worries about being axed.

“You always worry that your days might be numbered,” she said.

“There have got to be consequences, whether that happens a year down the line or two years down the line, you can’t get away with murder.

“But I’ll stay for as long as they want me to stay. I love the show and the role; thank heavens for it.”