New excerpts from Dame Deborah James‘ book How To Live When You Could Be Dead have revealed one thing she kept from her children ahead of her death.

In the book, she called her kids her “world” and said she couldn’t even talk about them “without crying”.

Dame Deborah died from bowel cancer earlier this year at the age of just 40. 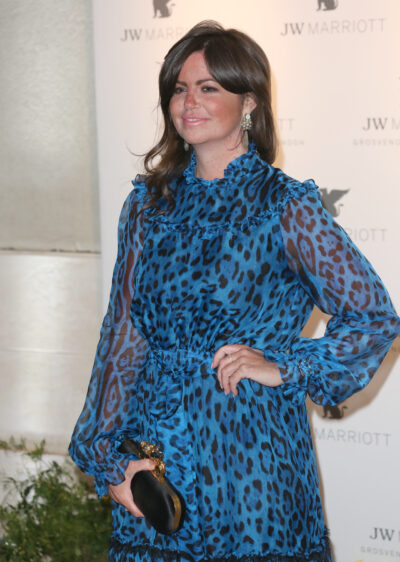 Deborah James wrote a book ahead of her death

Excerpts from the book have been serialised by The Sun.

Passages released include a letter to her husband and kids.

In the letter, she reflected on parenthood and said there’s “no right or wrong way” to raise kids “as long as there is love”.

Deborah also said that she thought children were more “resilient than we think”.

However, she did reveal something she kept from her kids amid fears that they wouldn’t be okay after her death.

‘If I tell them they won’t be, then they might not be’

Deborah wrote: “I believe in self-fulfilling prophecies, I believe in rebellious hope and I believe my children will be okay when I die. Because if I tell them they won’t be, then they might not be.”

She also left behind a wish for the future for the kids and said she wants them to realise “life doesn’t always go according to plan”.

“You can make plans, and you can have goals, but you have to be prepared for the fact that sometimes life is more interesting when you go off-piste — so be brave. Take a chance and back yourself,” she urged them.

Deborah also looked to the future, offering marriage advice to her young children, telling them in the book: “Marry only for love.”

The cancer campaigner also reflected on her memories of motherhood in the book.

She said her first memory of Hugo was when he was aged just four years old.

He appears to have been born with jaundice and had “a big conehead”.

She said that she’d “give anything” to continue looking after him as she did back then.

How To Live When You Could Be Dead is out on August 18.