The Chase viewers were left baffled on Twitter after a contestant’s bizarre behaviour on the show last night (Thursday, August 4).

The contestant in question, Jane, decided that the hit ITV game show was the best place to confess some shocking family scandals! 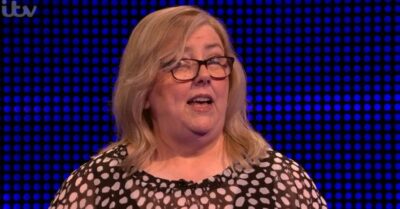 Jane was on The Chase last night (Credit: ITV)

Last night’s episode of The Chase saw Jane, along with three other contestants, take on the Chasers.

Jane was last up to the plate and had a quick chat with Bradley Walsh before her cash builder round. It was during this chat that Jane decided to confess to some family scandals.

Jane revealed to Bradley that she has a passion for genealogy, and managed to find out that her father had a secret family.

She also revealed that her grandfather’s brother used to run an illegal alcohol trade in New York. He also had his own speakesy. Baffled viewers took to Twitter following Jane’s confessions – with many joking that she’d confused The Chase with The Jeremy Kyle Show or Long Lost Family.

“She thinks she’s on Who Do You Think You Are #thechase,” another wrote.

“Her dad sounded like a right scumbag I thought I was watching #longlostfamily,” a third tweeted.

“You’re on the wrong show. Long Lost Family is that way,” another said. 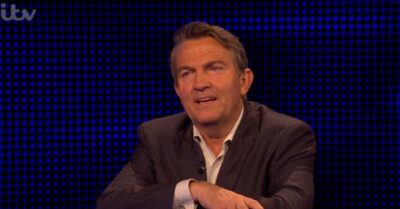 Bradley was stunned by Jane’s confessions too (Credit: ITV)

What else happened on The Chase last night?

The performances on last night’s episode of The Chase were terrible to say the least.

First up was Bennett, who only managed to answer one question correctly in the cash builder. He evaded the Chaser, Paul Sinha, to take his £1k back to the table.

Amisha was up next, and though she picked up £6,000 in the cash builder, Paul caught her.

Austin was third, and he managed to pick up £7,000 in the cash builder. However, Paul caught him too.

Last up was Jane, who opted for the high offer of £52k. However, she too fell to Paul.

This meant that Bennett was the only one in the Final Chase, playing for £1,000. He only managed to put eight steps between himself and Paul and was caught with 1:20 left.

What do you think of this story? Leave us a comment on our Facebook page @EntertainmentDailyFix and let us know!