Why is Casualty not on and when will it be back?

Why is Casualty not on and when will it be back?

BBC One viewers will have noticed there has been a Casualty-shaped hole in Saturday night schedules recently.

But don’t worry, the long-running medical drama is set to return to screens very soon.

Casualty has been MIA for the last month. 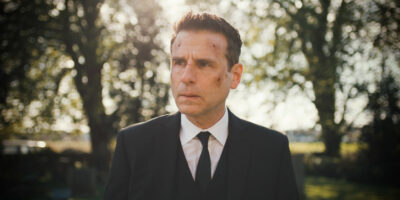 Casualty has been AWOL over the summer (Credit: BBC)

When is Casualty back on?

This is actually the last episode in the show’s 37th series but, good news, series 38 will air from the following Saturday, August 20.

Casualty, the emergency department at Holby City hospital, was yet another victim of some brutal summer scheduling.

Along with other BBC staples it faced a schedule shake-up to make way for a summer of sport.

It was last seen on Saturday July 9 after airing intermittently throughout May and June.

Fans have been worried about the future of the show, which first aired in 1986, following sister-show Holby‘s axe earlier this year.

Holby was killed off in April after more than 23 years, leaving viewers devastated. 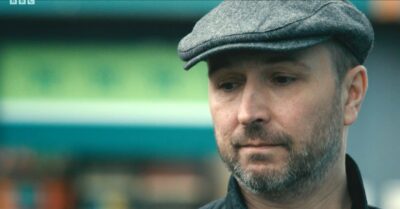 They had a treat when fan favourite, Adrian ‘Fletch’ Fletcher, made a cameo appearance in Casualty the same week.

Casualty is a victim of brutal schedule changes

But actor Alex Walkinshaw who plays Fletch ruled out a permanent return to the ED.

In the closing moments of Casualty on Saturday April 2, Fletch was seen putting up posters about a memorial service for Holby surgeon, Jac Naylor.

Fletch replied: “Well as close as she’d let anyone get. You know Jac, she didn’t do emotion. Even at the end.”

He added: “They broke the mold with that one.” 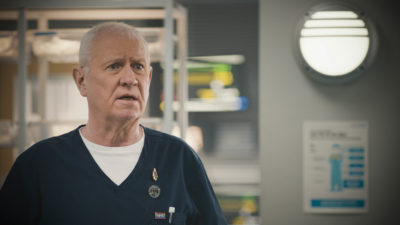 Charlie agreed, saying: “They certainly did. End of an era.”

Fletch was previously a regular character in Casualty before moving over to Holby.

Speaking to Digital Spy, Alex revealed that Fletch wouldn’t be making a full time return and explained why.

He said: “I think Fletch is too old to be running around an ED! He could slip and break a hip!”

Alex is also known for playing teacher Jez Diamond in Waterloo Road, which is being rebooted for the BBC.

But he also ruled out a return to the school, joking that he isn’t fit enough to play a PE teacher these days.

“I think I’d have to lose a considerable amount of weight if I was going to try and get back in Lycra. And the hair’s gone. Old Jez Diamond with the quiff,’ he said.