The Chase host Bradley Walsh issued a warning to a contestant on the show last night (August 2).

At the same time, he also made a cheeky dig at ITV2 reality show Love Island.

However, although the final of the dating show aired the previous night, The Chase is, of course, filmed way in advance – so Bradley didn’t know just how timely his remark might have been. 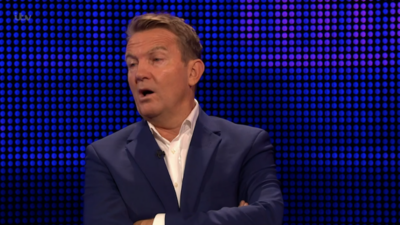 On Tuesday’s episode of The Chase, Bradley welcomed Jan, Ellie, Roddy and Phil to the show.

They went head-to-head with The Governess, aka Anne Hegerty.

And, as university student Ellie stepped up to the podium to face Anne, a question popped up about Love Island.

Bradley asked her: “In 2017, what reality dating show had more applications than Cambridge University?

We’re back on my territory now – I know what I’m talking about with reality dating shows.

Ellie declared that she knew what she was talking about when it came to dating shows.

She told the host: “We’re back on my territory now – I know what I’m talking about with reality dating shows.”

Bradley didn’t seem too impressed, though. 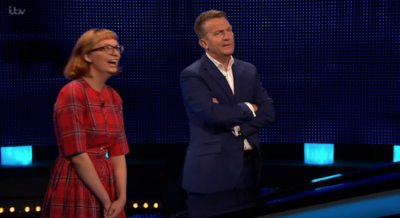 Ellie knew her stuff when it came to Love Island (Credit: ITV)

‘Sad indictment for the British youth’

He looked a little disappointed as he told her: “I think I might be alright with this one.”

He then savagely added: “That’s a sad indictment for the British youth isn’t it?”

However, Ellie was quick with her comeback.

“Well, you win money on Love Island, not so much at University,” she said.

Ellie did indeed get the question right, however, it led to a warning from Bradley – one that viewers at home agreed with.

The host instructed the youngster to not give up her education for fame.

“Bradley saying how it is about Love Island #TheChase,” said one viewer.

Another agreed: “Getting rid of a Love Island viewer can only ever be a good thing #TheChase.”

What did you make of the episode? Tell us on our Facebook page @EntertainmentDailyFix.