Industry season 1 recap: What happened at the end of banking drama?

Industry season 1 recap: What happened at the end of banking drama?

Industry was the surprise hit of 2020, and fans will be thrilled it’s coming back – so here’s our season 1 recap just incase you need a gentle nudge.

At the end of the first series, she’d made a very ruthless decision.

And viewers are about to witness the fall out.

Here’s everything you need to know about Industry season 1 in our recap.

***Warning: spoilers from Industry season 1 ahead*** 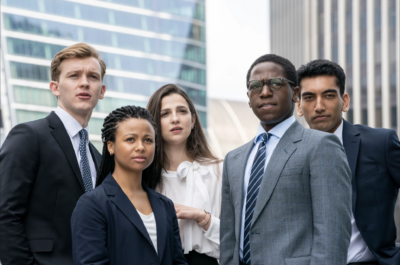 Industry season 1 followed five trainees as they tried to survive the world of banking (Credit: BBC/HBO)

Harper, Yasmin, Gus, Hari and Robert had one job – to survive in the pressure cooker environment of Pierpoint & Co’s trading floor.

As if the stress of investing other people’s money wasn’t enough, they were forced to work alongside bullies, bigots and sex pests.

Horrible for them, GREAT for us viewers.

Cast as the outsider, American Harper Stern also had the problem of hiding a rather large secret.

That she had never actually graduated…

With only a few graduate positions available, it was anyone’s guess who would bag a coveted staff job.

Who got a job at the end of season 1 of Industry?

He tackled the challenge of his new role by pulling all-nighters, running on energy drinks and sleeping on the floor of the office toilets before his untimely death.

He died in the toilets of Pierpoint & Co.

In the uncomfortable scenes that followed, the company failed to address the death adequately.

Instead, they resumed business as usual, brushing his death under the carpet.

And that’s pretty much all you need to know about the management in the toxic environment, much like in Rules of the Game.

Later, Gus chose to blow his chances at the company rather than compete for one of the jobs.

The Oxford graduate dreamed of becoming Prime Minister, and seemed to be the only one who wasn’t prepared to compromise himself for a job.

He delivered a brilliantly inappropriate speech making his feelings about Pierpoint known, and appeared to walk away from the drama.

Meanwhile, Harper, and Yasmin got jobs, while Robert’s future was left unknown.

We know from the season 2 trailer (below), however, that he did indeed get a job! 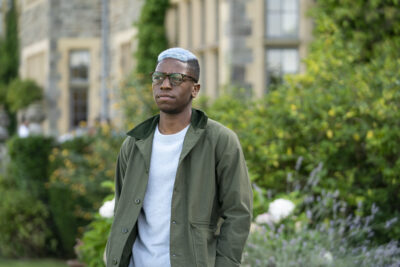 David Jonsson is back as Gus Sackey in Industry season 2 (Credit: BBC/HBO)

Industry season 1 recap: What happened at the end of episode 8?

In the last episode of season 1, Harper made a pact with the devil…

She chose to bring back her toxic boss Eric Tao over Sara Dhadwal (who wanted the young grad to help her change the culture at Pierpoint).

The decision secured her job, but shattered her relationship with Daria Greenock (Freya Mavor), who was fired to make room for Eric.

Ultimately, Harper threw Daria under the bus by claiming Daria coerced her into accusing Eric of threatening her safety at work.

The decision also made Harper very unpopular with her friend Yasmin.

Viewers realised that quietly confident Harper was perhaps the most ruthless of the bunch – perhaps because of her upbringing.

On top of this, her boss Eric discovered Harper’s lie about her past – that she hadn’t graduated.

However, her boss agreed to turn a blind eye to Harper’s lie.

Which goes some way to explain why she backs Eric at the end, despite his flaws.

At the end of season 1, it was clear that Harper would always put herself first.

Viewers also saw that everyone was out to use Harper for their own means – Daria, Eric, and Sara – so although Harper is a player, she’s a pawn, too.

Co-creator Konrad Kay explained that the intention throughout the series was to “seduce” the audience into expecting Harper to do the right thing at the end, before confounding expectations. 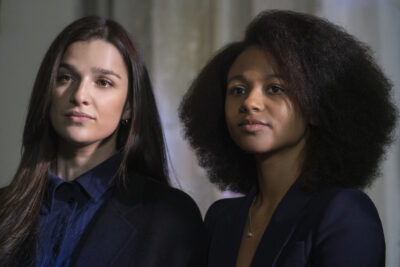 Yasmin and Harper are back in Industry season 2 – but are they speaking to each other? (Credit: BBC/HBO)

What happened with Robert and Yasmin?

Elsewhere in the season 1 finale, Yasmin finally got out of her unhappy relationship with icky Seb.

But she didn’t walk straight into colleague Robert’s arms (much as we wanted her to).

Viewers witnessed the palpable sexual chemistry between Yasmin and Robert throughout season 1.

But, apart from a bit of teasing and a three-way-kiss with Harper, nothing serious happened between them.

We’d be surprised if it didn’t in season 2, though!

In the season 1 finale, called Reduction in Force, Yasmin also had the difficult decision of choosing whether or not to make a formal accusation against Kenny or being a “team player”.

Co-creator Mickey Down called Kenny the “purest villain of the show”, noting that his behaviour is the most objectively awful out of all the characters.

At the end of Industry season 1, Yasmin and Harper’s friendship is in ruins.

Once she finds out what Harper did to Daria, Yasmin confronts her friend.

The pair had an argument on the floor, with Harper calling Yasmin out for being weak and hypocritical.

What DID Eric say in front of Felim’s wife?

Viewers know that Eric said something damning in front of Felim Bichan’s wife.

Felim was Pierpoint’s biggest client – until Eric offended the hell out of him with his conduct.

So what DID Eric say in front of Felim’s wife?

“Maybe next season we can unpick that. We know what it is.”

He adds: “That scene [in the lift] at the end of episode eight, where Eric doesn’t remember, is one of my favourite scenes in the whole show.

“I love the fact that he laughs, and then [Harper] can’t help herself laughing.

“Ken [Leung, who plays Eric] is just really good at everything he does in the show, but that scene is particularly good.”