Kelly Brook finally married her partner Jeremy Parisi over the weekend, but their celebrations were almost ruined.

The star, 42, tied the knot with her long-term boyfriend, Jeremy Parisi, on Saturday (July 30) in Italy.

However, a very unseasonal downpour of rain threatened to scupper their plans completely.

They exchanged vows in the historic port town of Civitavecchia, near Rome. 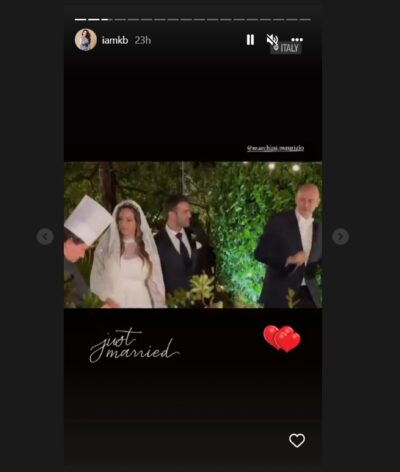 Their plans had to be altered quickly, however, when a storm forced the pair to move the entire wedding indoors.

A source alleged to The Sun: “Kelly knows Jeremy is her soulmate and this is going to be her only wedding so she’s going all out.

Kelly and Jeremy met in 2014 after they met on social media.

To prep for their wedding, Kelly previously revealed that she had refused to go on a diet to fit into a dress. 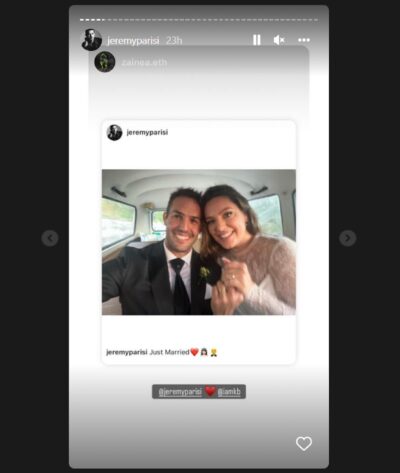 Instead, she insisted that she is happiest when she’s a size 12.

“Oh, no [I’m not going on a diet]. I’ve not even really thought about that, to be honest,” she told Fabulous Magazine.

“I’ve been on a diet plan for a few years now, and I’m at my weight that I love and I will stay at this weight no matter what’s coming up in the future.”

Kelly on who is the more romantic one

Meanwhile, on her Heart FM radio show, Kelly recently revealed a sweet gesture that Jeremy carries out every year.

“He put together a really lovely photo album of all his favourite pictures and moments,” she said. “He’s done it every year for the past seven years.”

“He’s definitely the most romantic of the two of us; he’s Italian and French, so what can I say?” she added.

Do you think £500k is a tad excessive for a wedding? Head to our Facebook page @EntertainmentDailyFix and let us know.