Saturday Kitchen fans have all been left baffled by guest Tom Walkers choice of outfit today.

Singer Tom appeared on the cooking show on Saturday July 30 and despite it being the middle of summer, he looked dressed for winter!

The star had on a woolly beanie hat! 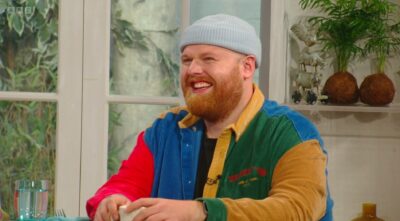 The hat is part of Tom’s look (Credit: BBC)

In fact, host Matt Tebbut immediately questioned Tom on his choice of attire as soon as the show started.

Introducing Tom, Matt said: “Our special guest today is Brit Award winning singer and songwriter, who worked as a chef before finding fame. We won’t be putting him to work in the kitchen, but he might just have to sing for his supper. Please welcome the brilliant, Tom Walker!”

He continued: “Good morning Tom… So this hat. Is it a bit hot in the studio today?”

Tom was quick to say he was absolutely fine.

“I’ll be honest, last time I was here I was hungover so I was sweating then, but this time I know what’s going on, I’ve had a good night’s sleep, I am well prepared.”

Well, at least he was happy!

But fans of the show were not.

One said: “Two things: it’s the middle of summer, why the woolly hat AND why wear it indoors? Don’t get it?”

“If that bloke takes his woolly hat off he might mot sweat as much,” said another.

“With that beanie, Tom’s head will be like a sweaty [bleep],” joked a third.

A fourth added: “Do you think he wore that woolly hat on the hottest day the other week?” 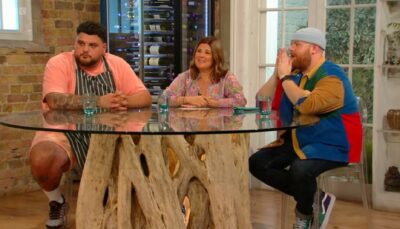 Tom was set to face his food heaven or food hell on the show today.

Food heaven for the singer is meat, so Matt offered up a special lasagna.

Meanwhile, his food hell was turkey, which he described as “underwhelming”.

Fortunately for Tom 76 percent of the public voted for him to have food heaven. He cheered wildly when the result was announced.