Rylan Clark has left fans desperate for him to become the new prime minister after an appearance on The Last Leg.

The presenter appeared on the Friday night show on Channel 4 on July 29 and was asked about the Tory leadership candidates.

But his rant about them quickly had viewers determined Rylan would make the better option for the top job. 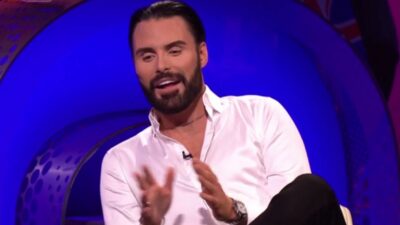 Rylan Clark speaks out on The Last Leg

Rylan was asked his opinion on a tweet sent out by Tory MP Nadine Dorres earlier this week. It detailed what leadership candidates Rishi Sunak and Liz Truss were wearing.

Rylan responded: “I don’t care if you’re wearing a £200k suit, as long as you’re running the country right, I don’t care what’s on your feet or on your back.

“Primark or Prada, I don’t think it really, really matters.”

He continuned: “I don’t care what you’re wearing.

“Just run the country right, look after people in this country, and stop being a [Bleep Bleep].”

The studio audience erupted into cheers and Twitter immediately demanded Rylan was snapped up for the top job instead. 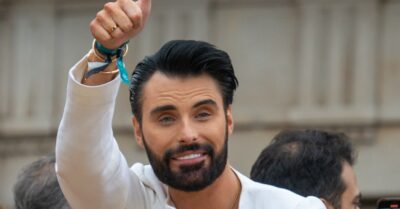 Fans back Rylan for PM

The hashtag: Rylan for PM was used as scores of fans declared he got their vote.

“Gets my vote #RylanForPM,” said one.

A third asked: “Is it ok that I think Rylan would be a great fit for Prime Minister #TheLastLeg #RylanForPM.”

Rylan is being absolutely epic on #thelastleg

Rylan saying what literally everyone in the country is thinking. Maybe Rylan should be PM #TheLastLeg

The man himself tweeted on Saturday morning questioning whether anyone can run for prime minister.

Serious note…. Can anyone run to be an MP… then PM …. Asking for a friend. pic.twitter.com/tkxEG3gIMr

And it’s not the first time Rylan has been talked about in the top role.

He put himself forward on Twitter when it looked like Boris Johnson was about to resign. Boris handed his resignation in hours later.

He tweeted: “One day, I’ll be prime minister!”

Channel 4’s Rick Edwards replied: “This has finally broken my impartiality – you have my vote.”

One day, I’ll be prime minister

“Within the week at the current rate,” joked The Chase star Mark Labbett.

Rufus Hound added: “I’m not sure you could keep up with all the scandal, mate.”

Who do you think should be the new Prime Minister in the UK? Head to our Facebook page @EntertainmentDailyFix and tell us what you think of our story.