Viewers of James Martin and his Saturday morning ITV show were not impressed as Brian Turner left them feeling queasy.

Chef Brian, known for his appearances on Ready Steady Cook, joined his pal on the programme earlier today (July 30).

The cooking pair’s good friendship was evident throughout the programme, with James referring to Brian more than once as ‘dad’. 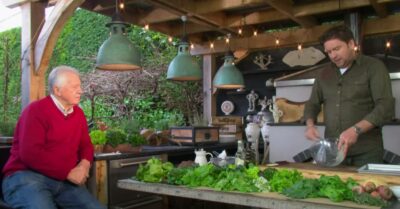 Additionally, following a segment about oyster-shucking strategies involving a twisting motion, Brian punned about James being a “twister”.

“It is like cooking with your dad, it is unbelievable,” James chuckled in mock-exasperation.

Read more: James Martin on touching memory of his granny and how she inspired his career

They also bantered along with one another when James joked about Brian ‘talking too much’.

But while the Yorkshire duo are both telly faves, several viewers tweeted their ‘disgust’ over a moment involving Brian. 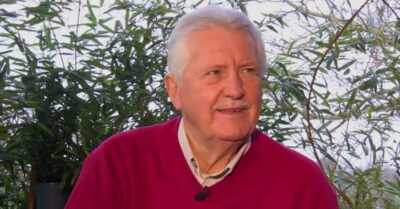 The reason for the viewers’ upset revolved around Brian’s use of kitchen utensils as he got involved with a chicken dish.

To some of those watching at home, it appeared as if he used the same spoon to taste the grub as he did to stir it.

Could be wrong but it looked like a bit of spoon double dipping there.

Another tweeted: “Could be wrong but it looked like a bit of spoon double dipping there by Brian Turner on @sat_jamesmartin.”

Watching James Martin’s Saturday Morning cooking show. Guest chef Brian Turner. Why do chefs put the same spoon that goes into the mouth to taste go back into the pan. I would not do that even if no one is looking.

Got no time for proper editing. Filmed off TV pic.twitter.com/d2tFB6opTl

A third Twitter user seethed: “@jamesmartinchef – Brian Turner tested the sauce, put it in his mouth and then used the same spoon to stir the sauce – disgusting!!”

Meanwhile a fourth person utilised three green-faced queasy emojis alongside their words to make their point.

“@jamesmartinchef did Brian Turner just double dip with the spoon #JamesMartinSaturdayMorning,” they pondered.

Read more: James Martin on his one huge regret from his ‘magical’ meeting with the Queen

And yet another complained: “Today Brian Turner tasted the chicken dish, then used the same spoon again to stir: very unhygienic!”

James Martin’s Saturday Morning next airs on ITV on Saturday August 6 at 9.25am.