OPINION: Coronation Street: Bring Phill back and don’t make him a villain

OPINION: Coronation Street: Bring Phill back and don’t make him a villain

Coronation Street said goodbye to Phill Whittaker this week – if you believe them – but we don’t.

The brief husband of Fiz Stape gave up his hopes of winning her over, signed the annulment papers and departed the cobbles. 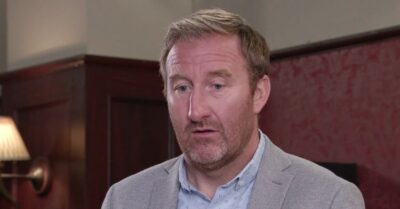 It was quite the turnaround for the man who hours earlier had threatened to ruin Fiz’s entire life by keeping her in a marriage she didn’t want.

Soap bosses even went as far as to record a nice video of him waving goodbye.

However at the same time as Phill had his sudden change of heart, it was revealed that someone had been potentially grooming Fiz’s daughter Hope.

They were asking all kinds of questions about her family – really digging for dirt.

And sadly it looks like Phill is the culprit.

Let’s face it – he’s been teetering on the edge of villainy for months.

There was the whole writing a book about Fiz’s killer dead husband situation.

And then there’s the fact he was very quick to ingratiate himself into Fiz’s whole life – lovely in real life, massive red flag in Soapland.

He also cement wrestled Tyrone. If that’s not a sign of deviancy then we don’t know what is.

And he was raised by Mimi – surely that would create a whole new kind of soap monster.

If we hadn’t seen them in the same room together, we’d worry Phill was popping on a pair of court shoes to continue to cash mummy dearest’s pension. 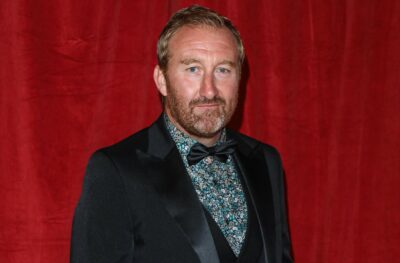 But making Phill a villain – it’s a bit old hat by now.

He had a stable job, could string a sentence together and hadn’t displayed any propensity for derangement in the year he was on screen.

While that is the recipe for a Corrie killer these days, it’s just too much.

Corrie is in desperate need of a decent man on it.

Phill could be that man. Now it’s up to the Corrie gods to find a way to keep him on the street.

Viewers deserve it – and so does Phill.