The Rebekah Vardy verdict was discussed on Loose Women today with the ladies coming under fire for their comments about the result.

In summary, Rebekah tried to sue Coleen for defamation after she took to her Instagram page in 2019 claiming that Rebekah had been leaking stories about her to the press.

Discussing the court result, the Loose Women ladies gave their opinions on the news and explained that they felt sad that Coleen and Rebekah’s issues had to be taken to court. 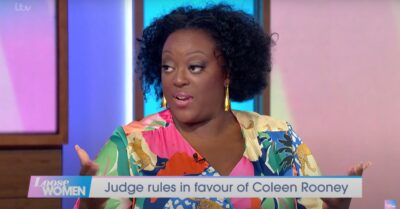 Sunetra Sarker stated: “There really is no true winner.”

Judi Love said: “It’s sad situation that it’s had to come this far. So much money will be spent.”

Linda Robson also added that Rebekah and Coleen wouldn’t “let it go” despite the judge telling them to.

Judi previously stated that Coleen would have felt betrayed due her circle of trust being broken.

Then she went on to say: “They’re both going to walk away with feeling like they’ve been betrayed in some way and it’s probably exhausting for them.”

Taking to Twitter, many fans felt that the ladies were defending Rebekah. 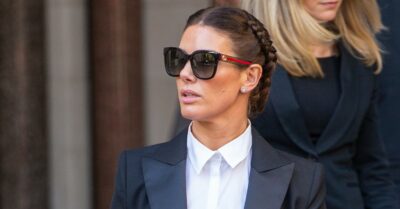 Referring to Judi’s comment about betrayal, one fan said: “@1Judilove. Hiya. Can you please explain that comment you just made on @loosewomen about them both walking away from this feeling like they’ve been betrayed?

“How has Vardy been betrayed in all this????? #LooseWomen.”

In addition, a second wrote: “#LooseWomen Becky Vardy wasn’t betrayed in any way. She got karma.” 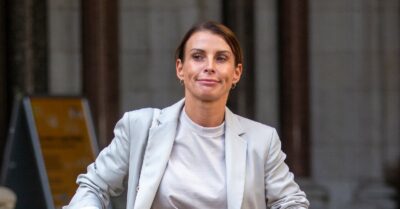 “Not them defending Vardy #LooseWomen,” another commented.

A fourth user claimed: “Unsurprisingly the Loose Women are on Rebekah Vardy’s side #LooseWomen,” to which a fifth alleged: “Of course they are. Big legal fees to pay now.”

And another said: “Contrary to the nonsense spoken on #LooseWomen today, there was a winner of the court case. It’s…………. Coleen Rooney.”

Some fans had other opinions about the Vardy discussion

However, not all fans felt that the Loose Women ladies sided with Rebekah.

In response to others, one person said: “Maybe you should watch it again, they weren’t siding with anyone.”

Maybe you should watch it again, they weren’t siding with anyone.

And another wrote: “Good point @1Judilove.

“This Vardy v Rooney will open the door for every silly, overprivileged attention-seeking bimbo to go to court for the slightest insult, as Kaye pointed out: ‘No publicity is bad publicity.’”