Jeremy Kyle has revealed he’s “very excited” to be making his prime-time Tv return in August.

The 57-year-old is going to be fronting Piers Morgan Uncensored on TalkTV throughout the month whilst Piers is away, it has been confirmed. 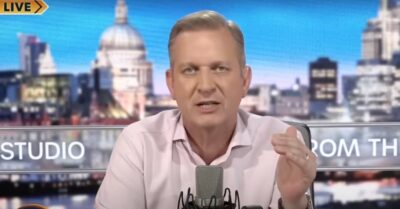 Jeremy is heading back to prime-time TV (Credit: TalkTV)

It was confirmed today (July 29) that Jeremy is set to make his return to prime-time TV in August.

TalkTV confirmed this morning that Jeremy will be fronting Piers Morgan Uncensored throughout the month of August.

Piers will be away from the show during the month while he films a new true crime documentary series.

He will also be taking a “well-earned vacation”.

Jeremy will take the reins from August 1. 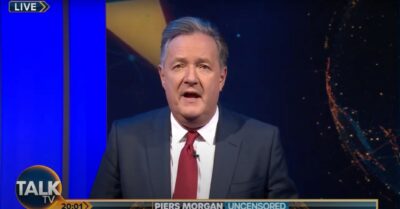 Piers is away during August (Credit: TalkTV)

Piers was full of praise for the man replacing him on the show for the next five weeks.

“I can imagine no finer broadcaster to keep my seat warm,” he said.

He then continued, joking: “Well, I can, but they weren’t available.”

Piers will return to the show on September 5. 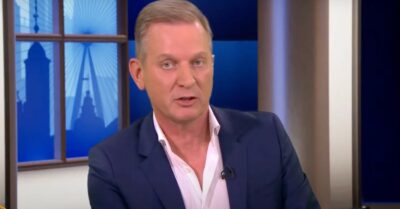 The star is excited to be on the show (Credit: TalkTV)

Jeremy on ‘honour’ of hosting the show

Jeremy then went on to speak about the “honour” of doing Uncensored in August.

“It is an honour and a privilege to take the helm on Uncensored while Piers is away,” he said.

“He is the pre-eminent broadcaster of his generation. At least that’s what he told me to say,” he continued.

“I’m looking forward to keeping his audiences in the UK, US, Australia and beyond informed, entertained and engaged with the best guests, the most challenging interviews and plenty of fun,” he said.

Jeremy has been a part of TalkTV since the channel launched in April 2021. His own tv show is set to launch in the autumn.

Of course, The Jeremy Kyle Show was axed from ITV after the death of one of the show’s guests.