He’s been on the ITV soap for nearly two years now. But who is Lawrence?

Is he related to Natalie J. Robb, who plays his on-screen sister, Moira?

And, as rumours circulate of romance with a co-star, who is Lawrence dating? 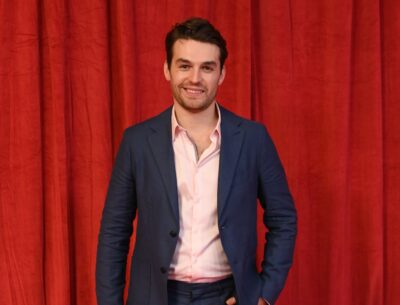 Lawrence has been part of the Emmerdale cast for nearly two years now (Credit: David Fisher/Shutterstock)

Where is Lawrence Robb from?

Lawrence is from the Scottish town of Kilmacolm, not far from Glasgow.

He’s got two brothers and a sister called Joanne, who’s also an actor.

The whole family are animal lovers with Lawrence often posting pictures of their dogs on his Instagram account.

What else has Lawrence been in?

Lawrence became a familiar face on our screens when he starred in the Sky comedy drama I Hate Suzie, alongside Billie Piper.

He then landed the role of Mackenzie in Emmerdale, who was originally intended to be more evil than he is now.

Lawrence admits he’s taken Mack on a bit of a journey and that he’s now got more of a heart. 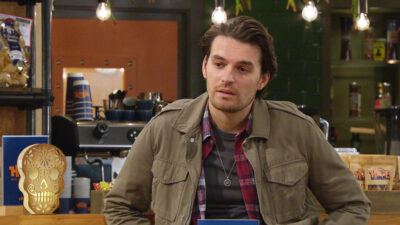 Mack has gone on a journey (Credit: ITV)

Who is Mackenzie Boyd in Emmerdale?

Mackenzie is the younger brother of Moira Dingle, making him Cain Dingle‘s brother-in-law, and uncle to Matty, Isaac and Adam – wherever he is.

He and Moira had a troubled past with Mack blaming his sister for their family problems.

He thought Moira had abandoned him as a kid, though as it turned out, things were different from how Mack remembered.

Moira had, in fact, been cast out after taking the blame for an affair her mum was having.

Mack was keeping secrets of his own, having lied about their mum’s death meaning Moira missed out on the chance to say goodbye to her mother.

But the siblings seem to have put their troubles behind them now. 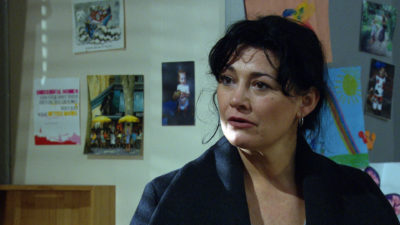 Are Moira and Mack related in real life?

Though Natalie, who plays Moira, and Lawrence, share a surname, it’s just coincidence.

The pair aren’t related and met for the first time when Lawrence was given the role of Mackenzie. 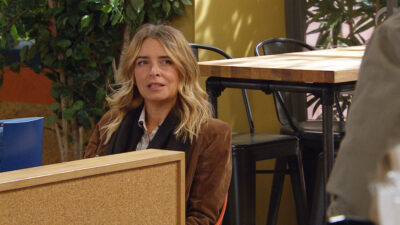 Charity is Mack’s current love, but should he have been with Aaron? (Credit: ITV)

Though Mack arrived in the village and promptly locked lips with Charity Dingle, for a while fans thought Mackenzie might hook up with Aaron Dingle.

There was certainly a lot of chemistry between the pair.

But instead, he got together with Charity for real and the couple are now official, with Mack seemingly totally loved-up.

They’ve split up and got back together plenty of times, especially after Charity’s ex – and real love of her life – Vanessa came back to the Dales.

But they are currently on.

However, Charity has just found out she is pregnant and was going to get a secret abortion.

Mack now knows the truth and is not happy with her. But can he persuade her to keep the baby? 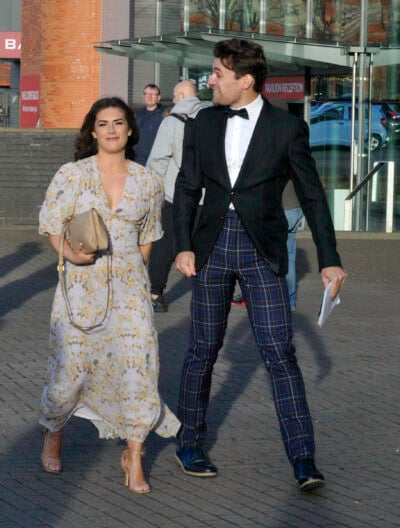 Isabel and Lawrence arrived together at the ball (Credit: SplashNews.com)

Off screen Emmerdale star Lawrence Robb keeps quiet about his personal life, preferring to share pics of his siblings and family pets than any love interests.

However, earlier this year co-star Isabel Hodgins sparked speculation and Lawrence were dating with her latest Instagram picture.

The Victoria Sugden actress cosied up on the red carpet at the Grand Ball in Manchester and Isabel shared an image of the pair together. She also made a joke about Lawrence’s outfit.

Isabel wrote: “Sad he didn’t wear a kilt but points for the tartan trousers.”

He bantered back: “The caption is almost as average as the trousers [sic].”

As well as complimentary comments on their look, many fans quickly questioned whether they are dating in real life.

“Are you together?” asked one.

“I was wondering that too,” another added.

A third wrote: “Are you two an item?”

Isabel has not commented on the picture to confirm or deny the rumours. However fans have continued to speculate on recent snaps at the British Soap Awards and the ITV summer party.

Although Isabel and Lawrence are not alone together in the images, people still picked up on them.

Another acknowledged: “Love the way your dress and Lawrence’s clothes compliment each other.”