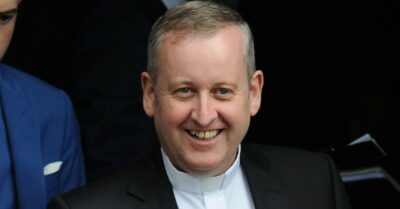 The priest was just 55 years old when he died at the beginning of July.

The Bishop of Hexham and Newcastle confirmed the devastating news on Friday, July 8.

“It is with great sadness that I inform you of the death of Fr Dermott Donnelly who died peacefully this afternoon in hospital,” the statement read.

“This has come as a great shock to all of us. Please pray for the repose of his soul and keep his family, especially his mother, in your prayers at this difficult time,” it continued.

It was later claimed Father Dermot had died from a “bleed on the brain“, according to a fellow priest. 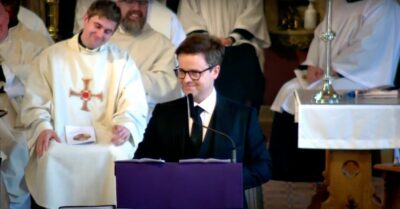 Today saw Father Dermott laid to rest in a service at St Mary’s Cathedral in Newcastle.

In a service that was streamed on YouTube, Dec gave a heartbreaking eulogy to his late brother.

“Unfortunately, today our world is a slightly worse place because Dermott is no longer with us,” Dec said in front of the congregation.

“He still had so much more he wanted to do. So many more lives he needed to influence to inspire change,” he continued.

Fighting back tears, he said: “I can’t believe he’s gone. I can’t understand why he’s gone.” 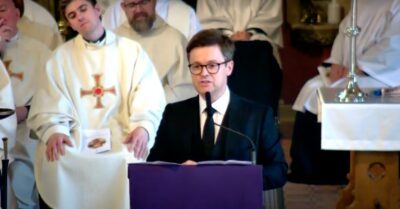 Dec fought back tears in his eulogy (Credit: YouTube)

What did he say next?

The 46-year-old then continued, saying: “But we trust that God has took him because his talents were needed elsewhere.”

“We as a family and of course many, many, many others will miss him immeasurably. Rest in peace Dermott,” he said.

Elsewhere in his heartbreaking eulogy, Dec thanked people for the support they’d shown since Dermott’s death.

“We’d also like to say a huge thank you for the amazing tributes, the messages of support we’ve received over the last three weeks have been simply overwhelmed with the kindness will be shown,” he said.

“So thank you for all your thoughts, your prayers and wishes they’re appreciated.”

Dermott’s funeral comes less than a week since Dec welcomed a new baby into the world with his wife, Ali.