The BBC has released the first trailer for its brand-new drama, Marriage.

The four-part drama stars Sean Bean as Ian and Nicola Walker as Emma, as they negotiate the ups and downs of their 30-year marriage.

Viewers will watch the couple “deal with the insecurities, the ambiguities, the hopes and the fears that are part of marriage”.

The drama will also explore “the risks and the gifts of a long-term intimate relationship” in a “sometimes funny, sometimes moving” way. 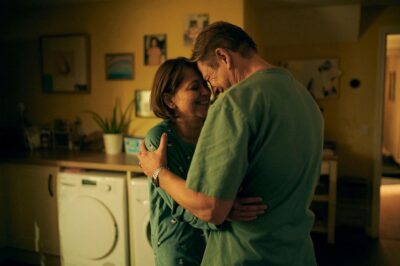 Sean Bean and Nicola Walker star in Marriage on BBC One (Credit: BBC)

Each episode will be an hour long. The cast recently completed filming, and the drama will air on BBC One next month (August).

Opening up about his role in the series, Sean said: “I’m thrilled to be playing opposite the talented Nicola Walker and I’m looking forward to bringing Stefan’s intimate scripts to the screen.”

Read more: Industry season 2 on BBC One: How many episodes is it, when does it start and can I watch the trailer?

Nicola also added: “This is a unique project. Stefan has created such a beautiful, funny and complicated world and I’m excited to be stepping into Ian and Emma’s marriage with Sean.” 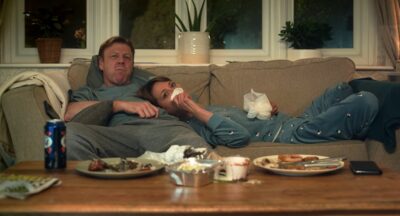 The BBC released the first trailer for the highly-anticipated series on Friday (July 29).

Meanwhile, the show’s creator recently praised having the chance getting to work with Nicole and Sean together on the series.

Read more: Sherwood on BBC One: Will there be a series 2 of excellent British crime drama?

“It’s amazing to get to work with Sean Bean and Nicola Walker in Marriage,” revealed Stefan Golaszewski. “They’re actors of such depth, truth and warmth. I can’t wait to go on this journey with them.”

Stefan is best known for creating the acclaimed BBC series Him & Her. The show starred Russell Tovey and Sarah Solemani as a young couple who lived in a bedsit.

Marriage will air on BBC One and BBC iPlayer on Sunday August 14 at 9pm.

Meanwhile, will you be tuning in? Head to our Facebook page @EntertainmentDailyFix and tell us.