The One Show: Alex Jones makes ‘dig’ at Jermaine Jenas before show is pulled off air

The One Show: Alex Jones makes ‘dig’ at Jermaine Jenas before show is pulled off air

Alex’s dig at her co-star came just ahead of a major BBC schedule shake-up, which will see the hit magazine show off air for almost a month. 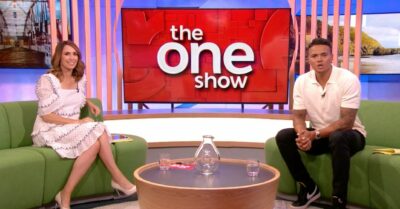 What happened on With Alex Jones on The One Show last night?

Last night’s edition of The One Show saw Alex take a playful swipe at her co-host, Jermaine.

During the show, Alex and Jermaine were discussing England Women’s huge win against Sweden on Tuesday night (July 26).

The Lionesses beat the Swedes 4-0, booking their place in the Euro 2022 final.

Read more: The One Show’s Alex Jones sparks fears as she admits ‘things have been challenging for us’

One of the goals scored has been the subject of much discussion, thanks to how skillful it was.

Jermaine and Alex couldn’t help but express how “impressed” they were by the skillful goal. It was this discussion that sparked Alex’s cheeky swipe. 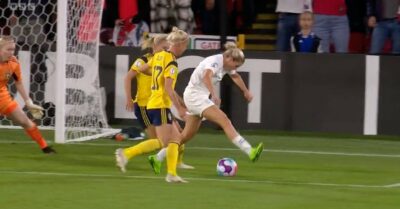 Jermaine was full of praise for Russo’s goal. “Alessia Russo with the sauce there to stick it in the back of the net.”

“Were you really impressed?” Alex asked. “I was impressed,” Jermaine replied.

“Have you ever done that?” Alex asked.

Jermaine’s face dropped as he turned to the camera.

Alex sheepishly gave the camera a look whilst the crew behind the scenes could be heard laughing.

“England are getting into the final. Wembley, packed out final,” Jermaine said. “I told you that they were going to do that,” Alex said. 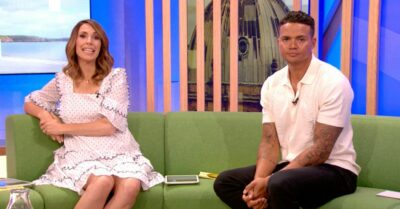 Alex and Jermaine made an announcement (Credit: BBC)

The One Show to go off air

Alex’s dig at Jermaine wasn’t the only talking point on last night’s show.

The presenting duo also revealed that yesterday’s programme was going to be the last for a while.

At the end of the show, Alex said: “Well that is your lot this week and for a few weeks as we are taking a summer break.”

“Until then, stay safe and have a lovely summer, bye-bye,” she said.

The break is partially due to the BBC’s upcoming coverage of the Commonwealth Games, which run until mid-August.