The Queen will play a special part in tonight’s Commonwealth Games opening ceremony.

The monarch is not expected to make her way to Birmingham for the start of the Games.

However, a central aspect of the event, put into place last year, will be realised and cement the Queen‘s involvement. 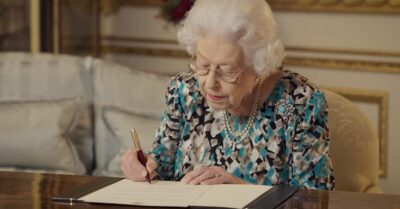 What role will the Queen have at the Commonwealth Games?

Last October, she placed a message to the Commonwealth into a baton at Buckingham Palace.

The baton has subsequently travelled 90,000 miles over 294 days in a relay for the ages.

The journey has included taking in 72 nations and territories of the Commonwealth.

Earlier on Thursday afternoon (July 28) the royal Twitter account confirmed the Queen’s message will be revealed during the opening ceremony.

A nine-second video of the Queen signing her message with a pen was also shared.

It shows the 96-year-old putting on her specs before writing and underlining her signature at the bottom of a document. 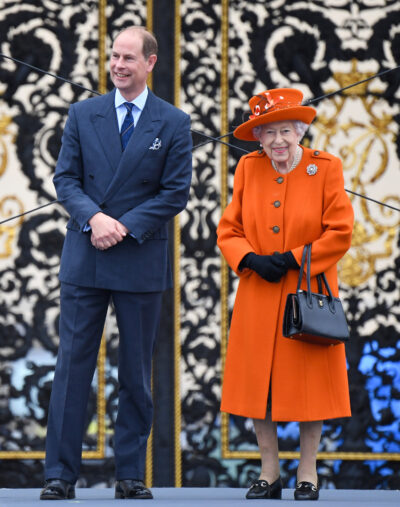 The Queen with son Edward at Buckingham Palace as the baton was sent on its way last October (Credit: SplashNews.com)

What the baton represents

According to the official Birmingham 2022 website the baton relay “champions the individuality in humanity and celebrates bringing people together”.

Furthermore, the baton itself  “displays connectivity to represent the power of collaboration”.

It was created by designers and tech experts from the West Midlands.

✍️ In October 2021, The Queen signed a message for the #B2022 Commonwealth Games Baton Relay.

After a 90,000 mile journey around the Commonwealth, tonight Her Majesty’s message will be revealed at the @birminghamcg22 Opening Ceremony. pic.twitter.com/MVR8tdD3JJ

What else will happen during the Commonwealth Games 2022 opening ceremony?

Details of what viewers can expect to see during the Commonwealth Games 2022 opening ceremony are being kept under wraps.

However, Steven Knight – creator of Peaky Blinders – and director of the ceremony has promised it will be “mind-blowing”.

Duran Duran and Black Sabbath’s Tony Iommi are also expected to feature in a show that features a cast of 2,500.

Coverage of the Commonwealth Games 2022 opening ceremony begins at 7pm tonight on BBC One.