BBC Breakfast has endured a huge Dan Walker blunder, months after he left the Beeb for a Channel 5 job.

Dan, 45, had his last day on the BBC Breakfast sofa back in the middle of May.

However, according to a page about the series on bbc.co.uk, Dan remains part of the show’s presenting line up!

Under a ‘Breakfast Presenters’ headline, it reads: “Find out more about the people who regularly present BBC Breakfast.” 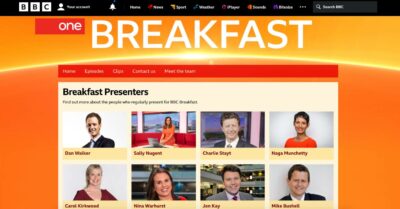 However, that sentence is not entirely correct – as in Dan’s case, he is no longer working for the BBC.

Furthermore, Dan is arguably positioned as the programme’s top star by appearing first on the page.

To an unwitting observer, Dan could be perceived as being ahead in the pecking order over the likes of Charlie Stayt and Naga Munchetty.

Dan has definitely moved on, however – even if he stays in contact with his former BBC colleagues.

Indeed, only this morning (Thursday July 28) he replied to Carol Kirkwood wishing her followers ‘good morning’ with a greeting of his own. 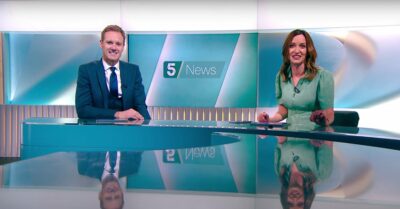 Earlier this month it was announced that Jon Kay would take over in Dan’s spot.

He said he was “over the moon” to land the position.

“Sitting on the famous red sofa is a real privilege while covering the stories and issues that matter to our audience – home and abroad,” Jon added. 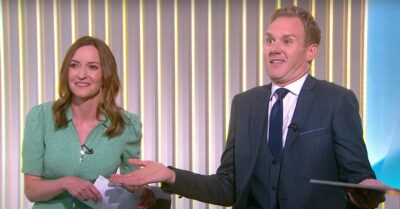 Additionally, Dan hailed the “brilliant news” as he congratulated Jon on Twitter.

Dan wrote: “Great bloke, top presenter and much loved by the #BBCBreakfast team.’

Unfortunately for Jon, his first day in his new job was slightly delayed as he tested positive for COVID on the day he was due to begin in the role.

“Aaaagh! Finally got me,” an exasperated Jon tweeted.

Addressing the show’s editor, the 52-year-old went on: “I guess working from home isn’t really an option @BBCFrediani?”