A much-loved Line of Duty star has teased a cinematic version of the thrilling BBC drama series could happen.

However, in disappointing news for die-hard fans, the actor isn’t convinced another TV run might be on the way. 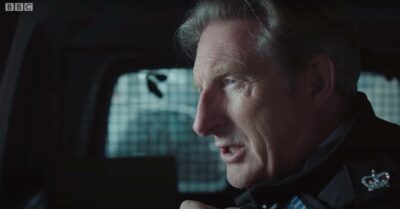 Adrian Dunbar mentioned a Line of Duty film to reporters recently – could it happen? (Credit: YouTube)

Line of Duty, the film?

Speaking to reporters, the 63-year-old Northern Irish star was asked about the possibility of a Line of Duty return.

He replied, enigmatically: “I’m not sure what shape it’ll take . . . someone was talking about a film or maybe, you know, two 90-minute or three episodes.”

However, while he raised the prospect of a movie instalment, Adrian dismissed the chance of an extended return for the Jed Mercurio show.

Someone was talking about a film.

Adrian – who starred alongside Martin Compston and Vicky McClure in LoD – added:  “I’m not sure you’d get a full series. But I think there’s still an audience out there. It depends what they come up with.” 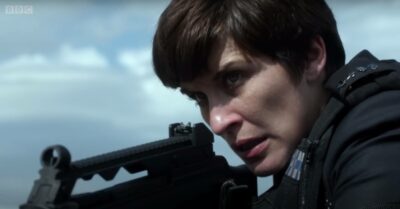 Nonetheless, Adrian went on to note he has a “feeling” fans will hear more about Line of Duty’s future before the end of September.

He added: “It certainly would be nice to get back to Belfast where we’ve always had good fun.” 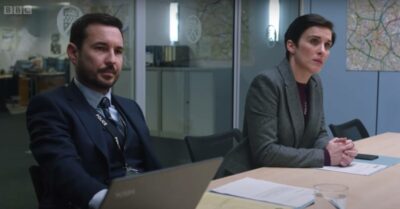 Another go around for DI Arnott and DI Fleming? (Credit: YouTube)

Will there be more TV episodes of Line of Duty?

However, in a separate recent chat with Saga, Adrian is quoted as saying he is very keen on producing more episodes.

“It’s not that I would just want to do another series of Line of Duty,” he reportedly said.

“I think we need to do another series. We need to go back just one more time.”

Read more: What is the Tesco Method on TikTok? How can you take advantage of it and get free sweets?

Almost as suspenseful as the show itself!