Dev Alahan and Deirdre Barlow in Coronation Street might seem an unlikely couple but once upon a time they were the talk of the cobbles!

Coronation Street‘s Dev has lost his mojo when it comes to the ladies nowadays – remember his excruciating attempts at chatting up tragic Natasha? – but he was once the Street’s heartbreaker.

And while he was busy wooing half the Street, he bedded both Barlow women! He had a fling with Tracy Barlow, and her mum, Deirdre.

How did that happen, then? 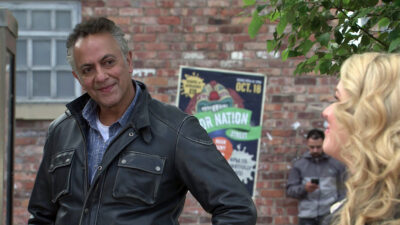 Back in the early noughties, in episodes currently airing in Classic Coronation Street on ITV3, ladies’ man Dev looked like he was going to settle down.

He was happily loved-up with gorgeous Rovers barmaid Geena Gregory. The couple were devoted to one another and had survived attempts by Geena’s racist mum to split them up because she didn’t want her daughter going out with an Asian man.

Dev and Geena moved in together, and got engaged. But there was a spanner in the works – Deirdre Barlow. 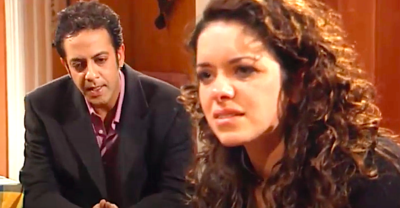 Dev and Geena’s romance wasn’t without its troubles but they loved one another (Credit: ITV/YouTube)

Back then, Deirdre and Dev were working together at the shop and growing to be good mates.

Meanwhile, she and Ken were rebuilding their relationship, having got back together after poor Deirdre’s stint behind bars, thanks to con man Jon Lindsay.

But their romance had hit an obstacle in the shape of Ken’s grandson Adam Barlow. Ken hadn’t know Adam existed until Peter revealed his twin sister Susan had a son – whose dad was Ken’s sworn enemy Mike Baldwin.

When Deirdre accidentally let slip to Dev that Adam was Mike’s kid – something Susan had wanted to keep secret – Ken was furious.

But when Susan was tragically killed in a car accident, and Ken wanted custody of the young lad, he realised that being in a stable relationship with Deirdre could help. So he proposed! 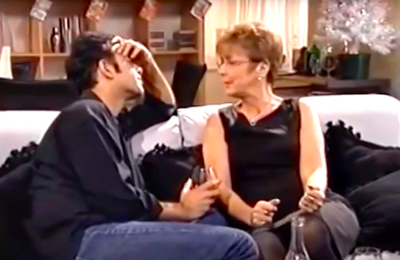 Deirdre had a huge crush on Dev (Credit: ITV/YouTube)

Deirdre, though, got wind of what he was up to. She walked out in a temper, and went to stay with her boss, Dev.

Geena was convinced Deirdre had the hots for Dev, but he couldn’t see it.

But Geena was proved right, when Deirdre made a pass at a startled Dev! 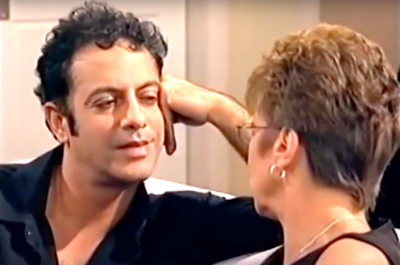 And it’s fair to say fans were not impressed!

The music, dev lying On the floor, Deirdre going after dev made me a little sick in my mouth 🤢 #ClassicCorrie

Odd camera angle, from behind the sofa (where we all should be watching this 😱😁) #classicCorrie

This is getting very flirty with Dev n Deirdre. He’s lying on the floor in a suit looking randy…aaargh…snogging
sort of #classiccorrie

I think Dev is about to tickle Deirdre’s tonsils and I’m filling up, but not in a good way 🤢 #ClassicCorrie 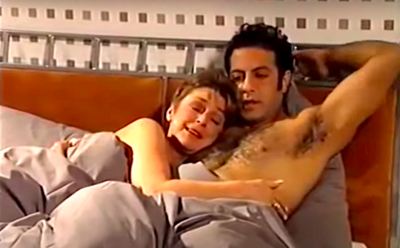 Dev wasn’t as smitten as Deirdre was (Credit: ITV/YouTube)

Dev and Deirdre have a one-night stand

In fact, Dev and Deirdre did go on to sleep together!

In December 2001, things between Ken and Deirdre were pretty bad again. And after a Christmas Day argument with Ken – and his son Peter – Deirdre fled to Dev’s flat again.

Dev and Geena were still together, but they’d had a row. And this time it was Dev who put the moves on Deirdre. That’s definitely what you call a staff bonus!

Their one-night stand stayed a secret until a couple of years later – when Dev began dating Deirdre’s daughter, Tracy! 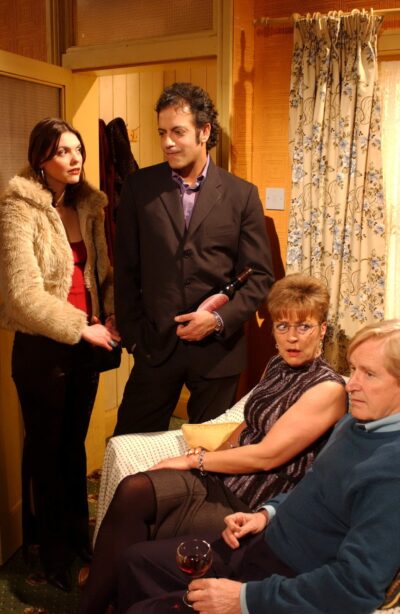 This was never going to end well! (Credit: ITV/Shutterstock)

Tracy arrived in Weatherfield after some time away and announced her marriage to Robert Preston was over.

She decided the best way to get over Robert was to find someone new – and she set her sights on Dev.

Deirdre was fuming about her daughter’s romance with Dev, and even got in contact with Robert, begging him to give their marriage another go.

When Tracy found out why her mum was so against her new relationship, she was disgusted and spitefully forced her mum to confess all to Ken.

Ken and Deirdre made up and later got married again.

Dev and Tracy, however, didn’t last!