In Wagatha Christie latest, an astonishing new development has emerged, with Channel 4 set to dramatise the court case.

Channel 4 has announced that the libel trial will be made into a two-part docu-drama.

Actors will be taking on the roles of Rebekah Vardy and Coleen Rooney. 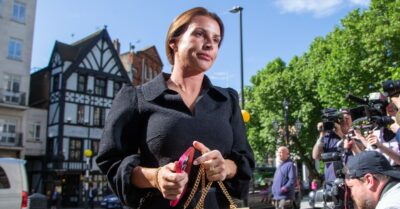 The Wagatha Christie saga is going to be dramatised (Credit: CoverImages.com)

A stunning new twist has happened in the long-running Wagatha Christie drama.

It has emerged that Channel 4 is going to be turning the libel trial between Rooney and Vardy into a two-part docu-drama.

The docudrama, Vardy v Rooney: A Courtroom Drama, will juxtapose scenes from the courtroom with analysis from the media.

Actors will take on the roles of Coleen and Rebekah, as well as their husbands, Jamie Vardy and Wayne Rooney. 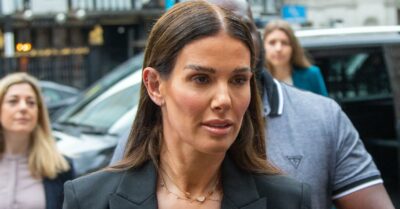 Actors will take on the roles of Rebekah and Coleen (Credit: CoverImages.com)

There will be plenty happening to keep viewers gripped across the two episodes of the docu-drama.

Speculation is already beginning on what is going to be featuring in the programme.

One key highlight of the drama could be the questioning surrounding Vardy’s relationship with The Sun.

Another part of the case that could be seen is Wayne Rooney’s stint in the witness box, as well as his “awkward” chat with Jamie Vardy in Euro 2016.

Additionally, viewers could also learn more about Vardy’s team allegedly dropping her phone in the North Sea. This incident sparked claims from Rooney’s team that Vardy was trying to destroy evidence.

However, Vardy’s team has always denied that this was the case. 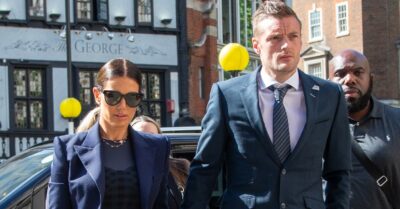 The two-part docu-drama has a lot to cover (Credit: CoverImages.com)

Vardy vs Rooney: A Courtroom Drama on Channel 4

Oonagh Kearney spoke about the trial and why Channel 4 is going to be dramatising it.

“This trial utterly captivated the public with its daily feed of entertaining exchanges and jaw-dropping reveals,” she said.

“But behind this, is a story of two women under constant public scrutiny, fighting for their reputations.”

The creative director at Chalkboard, Tom Popay, said: “The court case… captivated the entire nation but very few people actually got to see what happened inside the courtroom.”

Additionally, he said: “We’re excited to bring the trial to life in such a unique way and we’re hoping we can get to the bottom of how this case fascinated and amazed so many.”

Chris Atkins will write the script. However, no air date has been announced as of yet.