TV presenter Nick Knowles has confirmed DIY SOS is coming back and it has a “very special” project to complete.

The BBC TV favourite will see the team reunite to support those in need of a ‘big build’ in just nine days. 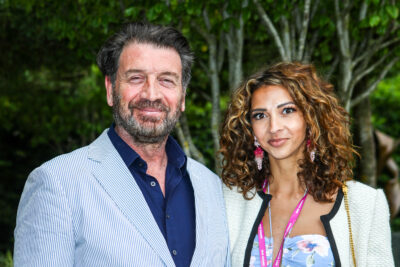 Nick Knowles will be back on DIY SOS in Leeds

The 59-year-old TV host retweeted a tweet from the official BBC Radio 2 account confirming the programme will be supporting a charity in Leeds for its next project.

The tweet read: “This morning we announced something very special!”

Read more: Nick Knowles urges fans to ‘shop them to the police’ as he slams ‘mindless cruelty to animals’

It continued: “In September we’ll be teaming up the @DIYSOS team for their Big Build project in Leeds. It’s all in aid of Getaway Girls, a charity which supports vulnerable women and girls in Leeds.”

Ahead of the next charity build, the BBC also called out for volunteers from those in a trade, skill or craft who live or work nearby.

For those interested in supporting the team, the channel tweeted: “If you can lend a hand, email diysosleeds@bbc.co.uk”.

🚨 This morning we announced something very special! 🚨

In September we’ll be teaming up the @DIYSOS team for their Big Build project in Leeds.

It’s all in aid of Getaway Girls, a charity which supports vulnerable women and girls in Leeds. pic.twitter.com/1v0H40jIJs

The charity build will see an army of volunteers help to create a building in Seacroft for Getaway Girls in just nine days.

The Big Build project was announced on BBC Radio 2 earlier, with presenter Nick Knowles saying it will make a “real difference” to the lives of women helped by the charity. When was the last DIY SOS build?

Last month the DIY SOS team completed a successful project in North Shields. The project was completed, however, one episode of the build was not aired.

The DIY SOS account noted that two days after the most recent series concluded, the reason for the absent episode was due to someone passing away.

That tweet read: “The North Shields episode of DIY SOS did not feature in this series out of respect for the family, who sadly lost their daughter not long after filming.

“The DIY SOS team and @MrNickKnowles would like to thank everyone who worked on the build.”