The news presenter, who hosted the programme alongside Charlie Stayt, wore an outfit that viewers couldn’t help but comment on. 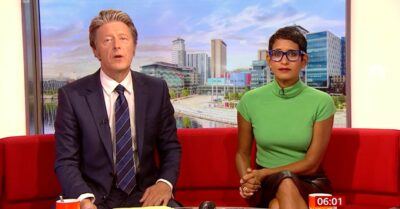 Naga was wearing a bright green turtleneck top with a brown leather skirt.

She also sported blue framed glasses to complete the look.

However, on Twitter, viewers had a very mixed response to Naga’s outfit choice. 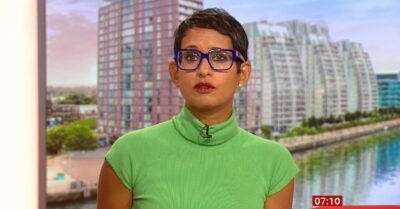 One person said: “Is it just me or does Naga look a little bit like Velma from Scooby Doo this morning?”

Another wrote: “What has Naga come dressed as?”

Is it just me or does Naga look a little bit like Velma from Scooby Doo this morning?

A third added: “WTF is Naga wearing this morning.”

However, others loved the look as one gushed: “Your outfit is [fire] this morning Naga! Love it.” 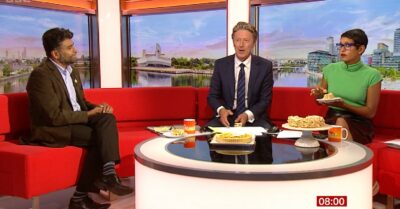 Naga’s outfit was complimented by many of her fans (Credit: BBC)

Another tweeted: “Looking hot on TV this morning.”

Another wrote: “@TVNaga01 you looked stunning on @BBCBreakfast this morning. Very strong way to start the weekend. I hope you have a lovely weekend.”

Naga is no stranger when it comes to biting back at some trolls who criticise her appearances on the show.

Earlier this month, someone mocked Naga after she wore a dark silk shirt dress.

They tweeted: “That reminds me @TVNaga01 I must put the black bin bags out today.”

However, Naga didn’t seem phased by the jibe and tweeted back: “That’s funny.”