Neighbours fans have been left furious after finding Cash in the Attic will be taking the 6pm timeslot on Channel 5 after the soap finishes.

The Australian soap is due to come to an end next week after 37 years on air.

But fans of the show are not happy after finding out what will be taking it’s evening timeslot. 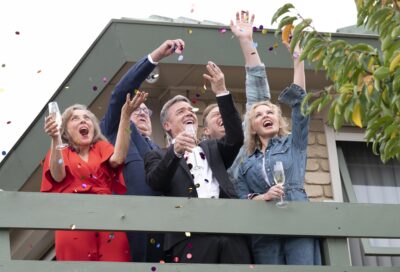 The soap Neighbours is coming to an end next week, but fans are not happy with it’s replacement (Credit: Fremantle/Channel 5)

Neighbours airs at 1.45pm on Channel 5 every weekday, with a repeat of the episode at 6pm.

However next week the show will be coming to an end after it was announced earlier this year that the popular soap was being axed.

Channel 5 has now announced that Home and Away will be moving from it’s 1.15pm timeslot to 1.45pm. 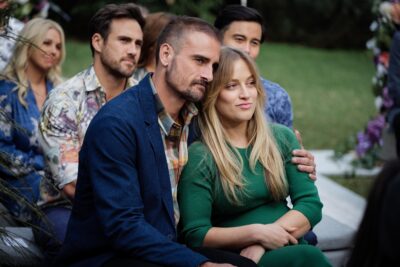 Meanwhile on Channel 5, Cash in the Attic will be returning and airing in the 6pm slot.

The format has now been revived by Channel 5 for an initial run of 40 episodes.

The show will be fronted by former host Jules Hudson and new presenter Chris Kamara.

However fans were not happy to learn that Cash in the Attic will be taking Neighbours 6pm slot.

I have found increasingly difficult to even Tweet about #Neighbours pm slot being taken up by cash in the attic 🤔😱. Words can't describe this despicable channel. I just hope what goes around comes around karma can be a Bitch at times.#CelebratingNeighbours

Are you kidding me right now? Cash In The Attic is replacing #Neighbours who on Earth is managing this channel??? Yay, everyone wants Cash in the Attic! 🤦🏽‍♂️🤦🏽‍♂️ 😤

@channel5_tv Oh! Channel 5, is this the best you can do? Replacing @neighbours with the dreary Cash in the Attic? Doubley disappointing.

Cash in the Attic return

A Channel 5 statement said: “Cash in the Attic is back! Helping people find the hidden treasure in their home to sell at auction and make a dream come true.

“Our presenter and expert appraiser leave no corner unexplored in their search for auction room gems.

“Some finds are surprising, some are unwanted and others are hard to part with, but the expert appraiser’s valuations help people decide to sell or not to sell.

“Then it’s off to the auction to see if they can raise money to fund their dream.”

What do you think of Cash in the Attic replacing Neighbours 6pm slot?

Neighbours airs Monday to Friday at 1.45pm and 6pm on Channel 5.