New bombshells Lacey, Nathalia, Jamie and Reece have entered the villa to get to know their fellow Islanders.

After an evening of getting acquainted, tonight (July 21) the islanders play a game of Truth or Dare to get things even more heated.

Opting for a dare, Jamie is asked to kiss the girl he fancies most first. As a result, he shares a steamy snog with Danica.

Danica is then up next. When dared to do a lap dance for the boy she is most attracted to, she performs a cheeky routine for Jamie.

Then it comes to Nathalia, and she’s given a seriously saucy dare. She’s tasked with kissing not one, or two, but three of her fellow islanders she fancies the most.

Which boys will she choose and what will the others make of her choices? 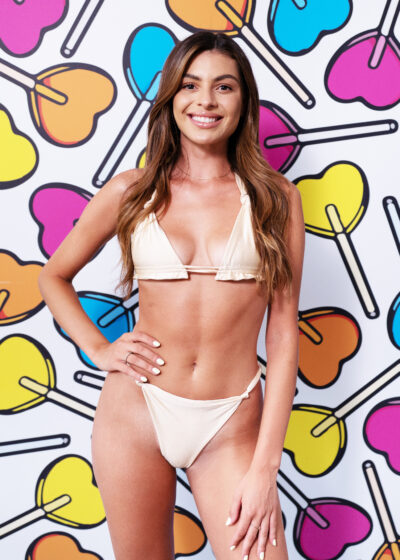 Elsewhere in the game, there’s some awkward toe-sucking and one Islander is dared to pole dance around hunky Adam.

Whatsmore, before the game started, things had already begun to heat up between Danica and Jamie.

He confessed: “I just wanted to pull you quick because even before coming in here you would have been the girl that I would have come in here to get to know the most.”

Later on in the episode, the new bombshells are given the chance to go out on dates. 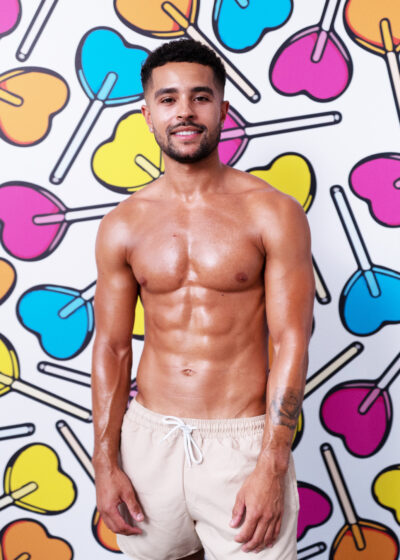 The Love Island spoilers reveal viewers are in for a shocking episode (Credit: ITV)

Lacey says: “Deji, would you like to come on a date and maybe make me laugh again?” as Nathalia chooses Adam and Jamie picks Danica.

Reece chooses Ekin-Su, which sparks Deji to say: “You’ve got balls, my boy.”

However, Davide doesn’t seem to mind. In response, the tells the rest of the Islanders: “I am calm and chill… I don’t see competition.”