On the ITV show today (July 21), the opening topic was Should Theresa May have applauded Boris Johnson?

The former PM was filmed after Boris Johnson’s last PM’s Questions in the House of Commons.

She was one of a small few that didn’t clap at the end of it. 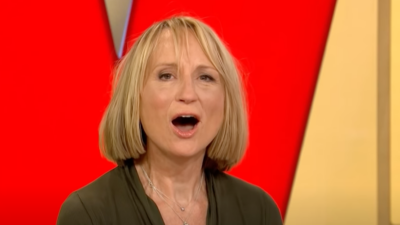 What did Carol McGiffin say to infuriate Loose Women viewers?

Carol said fellow MPs could have been clapping because he was leaving.

“Or they might be clapping because they think he did a really good job,” she added.

It is a tradition to clap a PM when they exit the House of Commons.

“I mean they even clapped Tony Blair,” said Carol, rolling her eyes and adding: “Seriously!”

“I mean all he did was have a piece of cake, and that was only at a little party that he didn’t know about.

I mean all he did was have a piece of cake, and that was only at a little party that he didn’t know about.

Boris Johnson was fined £50 for attending the birthday gathering of 30 people. 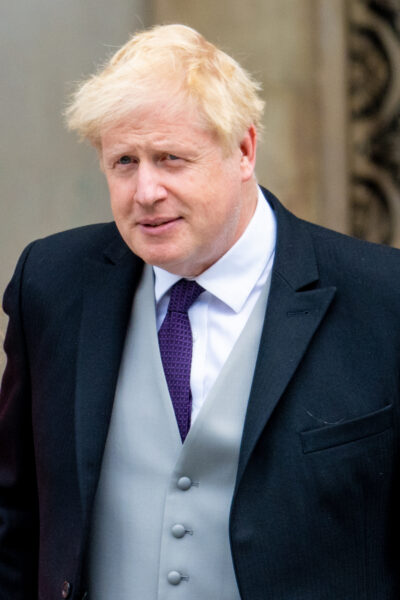 He denied it was a party for months, and said he only stayed 10 minutes.

But people when lockdown’s rule-of-six was in place, he had broken his own rules.

Furthermore, people were not even able to be with their love ones as they died or gave birth in hospital.

How did viewers react to Carol’s comments?

Angry comments were added across social media within minutes.

Carol and Charlene were joined on ITV’s Loose Women by Jane Moore and Linda Robson.

A second person commented: “Nothing like a load of right wing opinions on Loose Women. Biggest understatement of year! ‘all Boris did was have a bit of cake’. Jane, Linda and Carole shame on you.”

And a third said: “All he done was eat a bit of cake? Yeh while people weren’t even allowed to say goodbye to their dying family. So insensitive Carol.”

“‘All he did was have a bit of cake’, really? That’s what Carol thinks is the only issue with Boris? Jesus,” said another.

What do you think of Carol’s comments? Visit our Facebook page @EntertainmentDailyFix to let us know