The much awaited Stranger Things season 4 volume 2 definitely did not disappoint!

The final chapters, episode 8 and 9, perfectly wrapped up the season as the gang take down Vecna and reunite in Hawkins.

However, the fight against the Upside Down still isn’t over as Will confirms that Vecna is still alive and the fate of Hawkins looks darker than ever.

Here’s what we know. 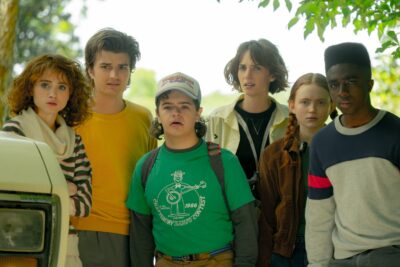 The gang discover that the Upside Down has bled into Hawkins (Credit: Netflix)

What is happening to Hawkins?

In the final moments of season 4 volume 2, we see Hawkins rebuilding itself after what they believe is an earthquake.

But really, it’s the aftermath of Vecna causing a rip in the fabric between Hawkins and the Upside Down.

Parts of the Upside Down are starting to bleed into the town, causing Hawkins to decay and drain of colour.

We then see Will Byers suddenly reach for his neck (which is never a good sign) and an eerie ash-like substance starts falling from the sky.

The gang then discover mysterious smoke and fires across the town, similar to the ones in the Upside Down, confirming that Vecna has managed to succeed his plans after all.

Nancy has already seen a vision of what these plans look like.

She told the others: “I saw a dark cloud spreading over Hawkins, downtown on fire, dead soldiers, and this giant creature with a gaping mouth.

“There were so many monsters, an army and they were coming to Hawkins.”

So it sounds like they’ve got another big battle against the Upside Down ahead of them! 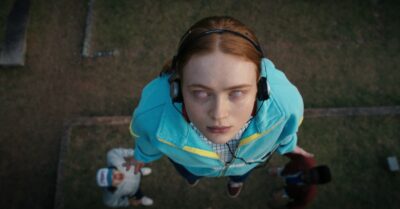 Did Eleven save Max’s life?

Fans feared for Max’s life after Vecna’s horrific onslaught against her, which caused her eyes to turn white and bleed out.

As Lucas cradled her in his arms, Max’s heart stopped and everyone believed that it was the end for the beloved character.

However, Eleven who was watching with her mind, reached out her hand and used her powers on Max.

This was the first time that we see Eleven using actual healing powers!

Two days later, we then see Max in the hospital in a coma.

Lucas explains that it was a miracle that she came back after he heart stopped, but he’s not sure if she’ll wake up again.

So did Eleven bring Max back from the dead?

Unfortunately, the question of whether Max is dead or alive still remains.

When Elven tries to wonder her mind again in the hospital, all she sees is darkness, she even screams Max’s name but there’s no reply.

So fans aren’t to get their hopes up just yet! 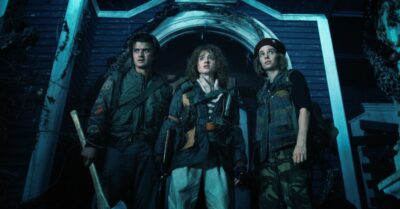 Nancy, Steve and Robin couldn’t find Vecna’s body after they thought they defeated him (Credit: Netflix)

Following the gang’s attack on the Upside Down, Vecna appeared to finally be defeated.

Eleven used her powers to weaken the monster and Nancy, Steve and Robin used their flames and guns to knock him down for good.

However, he’s not totally gone just yet!

Our first clue that Vecna is still alive was when Nancy, Steve and Robin go downstairs where his dead corpse should be and he’s not there.

Then, when Will returns to Hawkins, he confesses that he can still feel Vecna’s presence.

He says: “Now that I’m here in Hawkins, I can feel him and he’s hurting but still alive. It’s strange knowing now who it was the whole time.”

We may not know where Vecna is hiding, but we do know that we’ll definitely see more of him soon.

And possibly more powerful than ever!