The One Show viewers were divided over last night’s BBC show on Twitter, with many branding it “shambolic”.

Rowan Atkinson was a guest on the show last night.

However, viewers felt as though his interview was ‘wasted’ thanks to hosts Jermaine Jenas and Angela Scanlon. 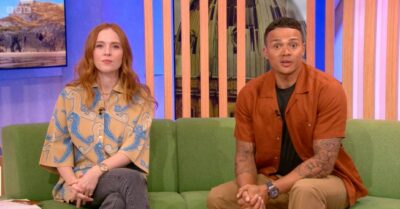 The One Show on BBC

Last night’s episode of The One Show saw Jermaine and Angela hosting.

Read more: David Walliams distracts The One Show viewers as he brings dog on show

And it was their interview with Rowan that drew criticism from viewers.

Rowan, 67, was on the show to promote his new Netflix series, Man Vs Bee. The new series will see Rowan play a man at odds with a bee terrorizing his mansion.

Rowan explained that the new series consists of nine, ten-minute-long episodes, making it perfect for “binge-watching”. 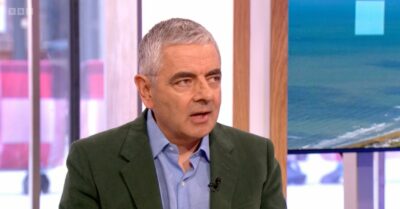 The comedian was a guest on The One Show yesterday (Credit: BBC)

Rowan Atkinson on The One Show

The star of Mr. Bean then continued to speak about his new show, explaining that it’s a “largely visual” affair.

“It’s just Trevor in a house with a bee – and the bee doesn’t talk,” he said.

He then went on to say that he enjoyed playing ‘Trevor’ in the new series, who is very different from Mr. Bean.

“Trevor Bingley is a much nicer man than Mr. Bean, who’s really quite a nasty piece of work,” he said.

Towards the end of the show, as Rowan was talking, host Angela cut in and brought the programme to a close.

Whilst some may have enjoyed Rowan’s interview, many didn’t – and it wasn’t the actor’s fault. 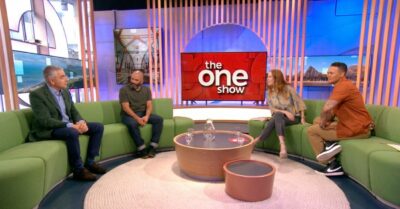 Some viewers weren’t happy with how the presenters kept interrupting Rowan during his interview, or how little screentime the 67-year-old actually got. Many took to Twitter to slam the programme and the hosts.

“#TheOneShow pointless getting Rowan Atkinson if you ask him a question then keep butting in to try and shut him up!” one ranted.

“You have Rowan Atkinson. TALK TO HIM!!” another wrote.

“Wasted! You had the incredible, talented Rowan Atkinson in the studio and you hardly spoke to him and when you did, you quickly cut him dead!” another said.

Not everyone hated the interview though. “Rowan Atkinson is so fascinating,” one viewer tweeted.

The One Show airs on weekdays from 7pm on BBC One and BBC iPlayer.